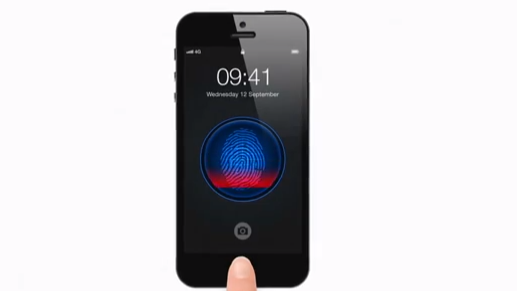 Violent crime is on the rise in the Bay Area and the San Francisco Police Department chalks it up to smartphone snatchers, a trend that is being countered by an initiative from the District Attorney’s Office and today’s announcement by Apple of a new iPhone that requires the owner’s fingerprint to unlock.

The FBI’s 2012 Uniform Crime Report, released in June, documented surges in crime in cities across the Bay Area, including Berkeley, Oakland, San Jose, and Richmond. In San Francisco, violent crime increased 7.5 percent in 2012 and property crime spiked 18.3 percent. In 2013, those figures have climbed another 10 and 12 percent, respectively.

Asked for an explanation of the recent trend, SFPD spokesperson Tracy Turner told us that it’s due in large part to “increases in the theft or robbery of cell phones.”

“I can’t think of any other expensive item that people walk around with in their hand in public,” she said. “They’re more available to everybody and yet they’re slightly more expensive.”

Turner also cautioned that it’s not just iPhones that thieves go after, but all types of smartphones and also, more recently, tablets. “Those are the kind of items that people are absorbed in while they’re in a public place and they’re easy targets,” she explained.

Nathan Rapport, a resident of the Lower Haight, had his iPhone, iPod, and wallet stolen shortly before midnight last Wednesday as he approached the intersection of 14th and Sanchez on foot.

“I sent a text probably a block away. Who knows if they saw the light down the street,” he speculated of the pair of thieves who drew a gun on him and demanded his possessions less than a minute later. The responding officers remarked that similar altercations often escalate, ending in physical harm to the victim.

“They said that they were surprised that it wasn’t more violent based on what they’ve been seeing lately in the neighborhood. It’s not usually just a snatch. You get pistol-whipped or there’s something else attached to it,” commented Rapport, who felt fortunate that, in his case, the incident “was strictly a business transaction.”

In San Francisco, “over 50 percent of daily robberies have to do with smartphones and up to 67 percent of robberies include mobile devices of any sort,” said SFPD Officer Danielle Newman.

District Attorney George Gascón has taken these statistics to heart in a newly crafted crime reduction strategy. He is co-chair of the Secure Our Smartphones Initiative, which has been endorsed by law enforcement agencies in 17 states.

In a June press release, the coalition wrote, “It’s time for manufacturers and carriers to put public safety before corporate profits” and he called on them to implement a “kill switch,” which could remotely disable phones reported stolen.

“Unlike other types of crimes, manufacturers and carriers have the ability to end the growing number of smartphone thefts with a technological solution,” the statement continued. A purloined phone’s value “would be equivalent to that of a paperweight. As a result, the incentive to steal them would be eliminated.”

At a hotly anticipated product launch this morning in Cupertino, Apple unveiled two new iPhone models. One, the 5C, is a budget design developed mainly for distribution in overseas markets and the other, 5S, includes fingerprint scan technology in the home button as a security measure. Industry analysts have been abuzz for weeks with speculation as to whether the newly impregnable button would be an innie or an outie.

As expected, the flashy new feature resulted in a minor anatomical change to Apple’s most popular product. Its rollout will have an even broader impact, however, as it alters the distribution of security across different countries and socio-economic classes. In its next major product development, perhaps Apple will take a cue from Gascón and put as much effort into democratizing safety as it does to democratizing its brand.