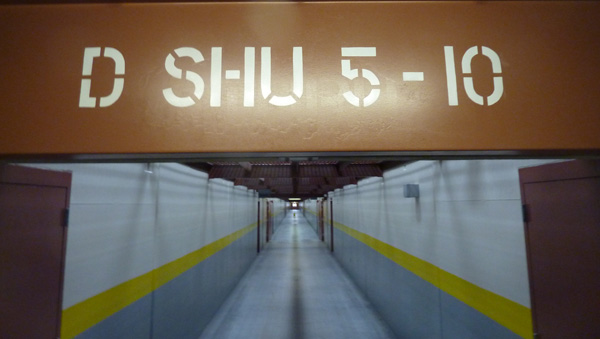 A round of recent layoffs at the Exploratorium in San Francisco has taken the museum staff by surprise and sparked questions about the institution’s focus, an unexpected turn of events on the heels of the institution’s splashy reopening at its refurbished 330,000 square foot facility along The Embarcadero.

In mid-August, just a few months after the Exploratorium opened the doors at Piers 15/17, some 80 full-time-equivalent positions were eliminated without warning. The cuts included 35 layoffs, 35 positions that went unfilled, and eight reductions from full time to part time, according to spokesperson Leslie Patterson, a 14-year Exploratorium employee who was among those affected. The total staff is composed of 290 full-time-equivalent positions, according to its website.

Roughly three quarters of the impacted staff members are represented by SEIU Local 1021, and union members are now gearing up to launch a social media campaign in response to the sudden staffing cuts, featuring the community-minded vision of founder Frank Oppenheimer, with the hashtag #ourcommunitymuseum.

Officially, the cuts were made to solve a budget shortfall created when attendance at the new facility failed to reach anticipated levels. “They had very, very aggressive projections for attendance,” noted Eric Socolofsky, an exhibit developer who has been representing unionized museum staff at the negotiating table.

“We worked so hard to get in these doors and open this place,” Socolofsky said of the new waterfront spot. “People have given so much,” but in the weeks since layoff notices were issued without warning, “there’s a lot of disillusionment.”

Patterson emphasized that “our crowds have grown” since the new facility opened, despite the uncertain financial picture. June attendance was triple that of June in the previous year, she said, but the overall attendance figures still failed to hit necessary targets. “We needed to reduce the workforce to offset a budget gap,” she said.

Yet several museum employees told the Guardian that there is more to the sudden staff reduction than just solving a simple budget gap. There appears to be a reorganization effort afoot to promote business development, Socolofsky said, and that has some staff members concerned about a shift in priorities that could detract from efforts geared particularly for Bay Area patrons.

Socolofsky said more energy had been going toward “client services,” or contracting with outside institutions to build exhibits, and rent or sell portable exhibits developed at the Exploratorium. And even as the layoff notices have been issued, the Exploratorium is hiring for a dozen or so new positions.

“One of our concerns is that it’s moving toward a profit model,” Socolofsky said, adding that it was his understanding that some positions had been eliminated because they did not fit into the new organizational structure.

Its board of directors includes representatives from prominent businesses including Google, Twitter, eBay, Bechtel, Disney, PG&E, and a host of prominent venture capital firms with investments in the tech sector. Exploratorium Board Chairman George Cogan is a director at Bain & Company, Inc., a firm that specializes in restructuring, which gained notoriety during the 2012 presidential election due to GOP candidate Mitt Romney’s history of involvement there.

“It just seems like the pendulum has swung more toward the business aspect,” said David Barker, a graphic designer with the Exploratorium’s Institutional Media Group who was forced into an early retirement as a consequence of the staffing cuts.

Pamela Winfrey, a senior artist who started working at the museum in 1979 and just had her hours scaled back, said the Exploratorium has always felt like a family. “I think there are new directions in the wind as well as a budget shortfall,” Winfrey said. “It’s a complicated picture.”

And across the board, she added, the Exploratorium must contend with the fact that there’s a steadily eroding pool of funding for arts and science. “Funders are really having to think about whether they want to feed starving children,” she said, “or feed the mind.” (Rebecca Bowe)

The legislators called for legislative hearings to consider implementing some of the reforms that the prisoners and their supporters have been calling for, including changes to solitary confinement policies that critics say amount to illegal torture under international law.

“Their demands are legitimate and they are pointing out human rights violations in California’s prisons,” Ontiveros told the Guardian, noting that Amnesty International and a long list of other groups are putting pressure on California to reform its prison practices. “What made them call off the strike was the political gains that they made…It was a thoughtful civil rights strategy.” (Steven T. Jones)

In the wake of revelations of shoddy and insensitive police work related to the Aug. 14 death of 24-year-old bicyclist Amelie Le Moullac, who was run over by a commercial truck driver who turned right across her path as she rode in a bike lane on Folsom Street at Sixth Street, Sup. Jane Kim has called for a hearing on how the SFPD investigates cyclist fatalities.

The issue has lit up the Bay Guardian website with hundreds of reader comments after we wrote a series of blog posts and an editorial (“Anti-cyclist bias must stop,” Aug. 28), revealing that SFPD failed to obtain video of the crash even as its Sgt. Richard Ernst showed up at an Aug. 21 memorial to Le Moullac to denigrate cyclists and make unfounded statements about the fatal collision.

Police Chief Greg Suhr later apologized for Ernst’s behavior and the flawed investigation and said that surveillance video unearthed by cycling activists led to the conclusion by a police investigation that the driver who killed Le Moullac was at fault, according to Bay City News and SF Appeal, which also reported on Kim’s call for a hearing. “We’re really thankful to Jane for bringing this forward,” San Francisco Bicycle Coalition Director Leah Shahum told the Guardian, saying she hopes the hearing results in changes to how the SFPD investigates cyclist fatalities. “We want to make sure there is ongoing accountability.” Meanwhile, as the San Francisco Examiner reported Sept. 5, Le Moullac’s family has filed a civil lawsuit against the driver who killed her, Gilberto Oriheaula Alcantar, as well as the company that he was driving for, Daylight Foods Inc., alleging that he was negligent in driving too fast and failing to pull into the bike lane before making a right turn from Folsom onto Sixth Street. (Steven T. Jones)