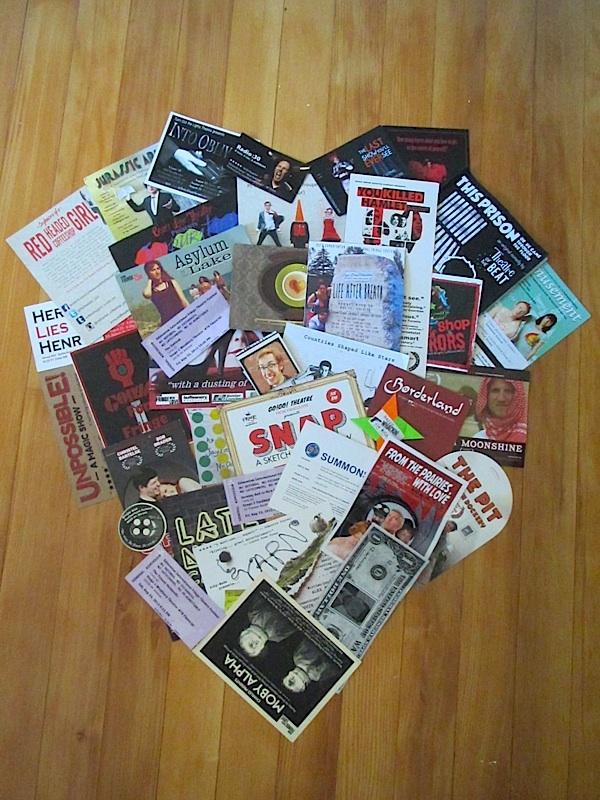 With the frenzy of the Edmonton Fringe Festival finally subsided, and Vancouver’s about to begin, myself and the Naked Empire Bouffons are ready for action. We have posters to plaster, our venue to scope out, and fellow artists to schmooze before the festival opens on the fifth, but in the interim I have time to let my attentions wander back momentarily to San Francisco, whose Fringe Festival also opens this week.

Did you know that we boast the second oldest Fringe Festival in the United States (the first being Orlando’s)? And that, along with Vancouver, we represent the final leg of the CAFF (Canadian Association of Fringe Festivals) circuit for touring Fringe artists, despite the small complication of not actually being Canadian? Admittedly our festival is smaller than the Vancouver event (36 shows, as compared to 91 and counting), but it’s still a veritable bacchanal of drama, dance, and comedic derring-do packed into 14 days.

For the frequent fringer and the newcomer to the fold alike, the biggest challenge can be narrowing down the field of options to a manageable handful, and while I always advocate the time-honored tradition of asking other people who have already seen a particular show their opinion of it, I’ve also become rather adept at translating some of the more commonly-used descriptors in program blurbs, which does help with the initial elimination process (note: you should always be willing to change your mind about something you’ve eliminated if the buzz it’s generating is suitably favorable). Since it never hurts to be prepared, here is my personal Fringe Festival program guide glossary, reprinted from its 2011 debut, to help you locate the Fringe experience you’re looking for, whether it be a farce, a fantasy, or a free-for-all.

Bare Bones: We’ve never heard of Kickstarter
Cheese: Neo-surrealists in the house
Classic: We don’t need the rights to present this work
Dark: At least one of the characters dies
Disturbing: If you don’t like fart jokes
Dynamic: Theater Arts undergrads
Edgy: Guaranteed to offend at least one minority group
Erotic: For inexplicable reasons, won’t include nudity
Existential: At least half of the characters die
Experiential: Audience participation required
Experimental: We decided not to bother writing a script
Fresh Take: You’ve seen this play 100 times before
Hilarious: If you like fart jokes
Inspirational: Overcoming the effects of an upper middle-class upbringing
Interactive: Don’t sit in the front row
Internationally-acclaimed: Also performed at the Winnipeg Fringe
Multi-media: If our projector breaks we’re screwed
New Translation: We worked way harder on this show than you can imagine
Noir: Will be wearing great hats
Noirish: Couldn’t afford great hats
Poignant: There will be at least one monologue about innocence lost
Provocative: Will include violence and nudity
Quotes from famous people: Assistant Director used to walk their dogs
Quotes from previous runs: We have had a chance to rehearse this
Reimagined: We don’t actually have the rights to present this work
Sensitive: Over-wrought
Site-Specific: Wear layers
Riveting: The stage manager’s mother-in-law said so
Thought-provoking: Will include either violence or nudity
Uncompromising: Guaranteed to offend pretty much everyone
Unforgettable: No matter how hard you try
Universal: Fart jokes
Visceral: Don’t sit in the front row
Wacky: A kazoo will definitely make an appearance at some point
With a twist: You can see it coming
World Premiere: We haven’t had a chance to rehearse this

Wanna Fringe vicariously through us? Follow @enkohl and @NakdEmprBouffon on the twit-thing for updates and gossip.