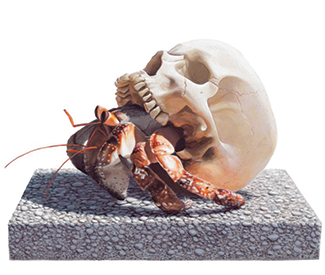 NIGHTLIFE In 1993, before SOMA officially became one of San Francisco’s big art districts, 111 Minna Gallery opened for business on a quiet downtown backstreet. Eiming Jung, a young entrepreneurial student of rhetoric, had ambitious plans, “I had an idea for a rather unconventional gallery,” recalls Jung on the eve of 111 Minna’s 20th anniversary, “I wanted to support local artists but I also wanted to create an environment for the broader art community.”

The original gallery space had a bar serving wine and beer and a monthly schedule of exhibitions which attracted curious scenesters. By night, the gallery transformed into a much needed venue for the underground music scene, with raucous parties that fostered some of SF’s biggest talents. It was a crossover concept that breathed new life into San Francisco’s art agenda, perfect for showcasing more “urban” styles like those of soon-to-be-famous spray paint artists Doze Green and Chor Boogie, and members of the Mission School.

The expense of running an art gallery was daunting but Jung was innovative and diversified further, offering the space for one-off events: film screenings, award ceremonies, book signings, product launches, and even weddings.

In 2000, the next-door retail unit became available and Jung took the plunge, tripling the size of the gallery. The new space was renovated to include a fully licensed bar and a luxurious expanse of pristine white walls. Looking in through the gallery’s large shop windows on Second Street, passersby see the high-ceilinged gallery awash with natural light, patrons comfortably viewing the art, having meetings or working on their laptops while enjoying the gallery’s latest offering: Fourbarrel coffee and Josie of the Mill’s scrumptious hot toast.

“We thrive on creativity and work hard to create new possibilities for the space,” says Michelle Delaney, the gallery’s longtime manager, of 111’s latest rep as a laidback idea incubator for the downtown tech and business crowd.

A close collaboration with Last Gasp, the lauded local publishers of graphic art and comics, has been especially rewarding, bringing recognition and exposure to artforms marginalized in more conventional galleries. Legends were made here: During the first dot.com boom, the Wednesday night mixer, Qoöl, was the essential meeting-place for newcomers who networked and partied from happy hour until closing. Pumping underground techno tunes and attracting scrappy art world figures helped save the place from any dot-com tackiness.

The quintessential 111 Minna event is Sketch Tuesdays, a monthly happening since 2006: Artists come and make art in the gallery, finished pieces are pinned to a board and priced affordably from $5 to $30. Passing by tables cluttered with paints, inks, and brushes on a recent evening, one could hear experimental jazz from the turntablist mingle with the sociable clink of glasses and hum of conversation. On the board a little pen and ink study’s price tag read, “Yours for a whiskey on the rocks.” Perfectly cheeky, and epitomizing 111 Minna’s unpretentious ethos.