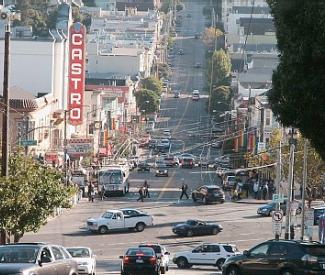 A pair of tragic news items involving bicyclists in San Francisco — one cyclist a victim, another a perpetrator — illustrates the need for all of us to slow down, pay attention, and safely and respectfully share the roadways of this crowded city.

The victim of yesterday’s fatal collision between a truck and bicyclist at Folsom and 6th Streets — in which the motorist turned right across the path of cyclist in a bike lane, but was inexplicably yet not surprisingly not cited by police — was today revealed to be 24-year-old Amelie Le Moullac.

“Motorists, pedestrians, and bicyclists must share the road in a responsible way because there are dire consequences when traffic laws are disregarded,” District Attorney George Gascon said today after Bucchere’s sentencing.

Both of these incidents were sad for all concerned, and they should remind us to be responsible and attentive travelers, a lesson that we could all use. Everyday on my bike commute home, I see motorists running red lights or darting heedlessly around obstacles, risking people’s lives to save seconds of their days; cyclists impatiently edging their way past pedestrians; and pedestrians stepping out into traffic without looking around them, often because they’re absorbed by their smartphones.

We’re all guilty of bad behavior on the roadways at times, myself included, so I’m not going to presume to stereotype any particular group of road users (I’ll leave that to the trolls). But when we hear about terrible tragedies like these, it’s good to take a moment to reflect on our own behavior and do what we can to civilly share our civic spaces, particularly when wielding the deadly weapons of a fast-moving bicycle or an automobile moving at any speed.