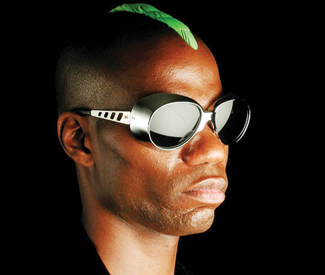 SUPER EGO I’m not sure what’s going on — or really if I want to investigate it further than noticing it — but we’re about to experience a strange congestion of Michael Jackson and Prince on our dancefloors. First, there’s the Trannyshack “Michael vs. Janet Jackson Tribute” dragstravaganza (Fri/19, 9pm, $15. DNA Lounge, 375 11th St, SF. www.trannyshack.com) with one of those RuPaul people, Jinkx Monsoon, who is awesome. Then there’s the always pretty nifty annual Soul Slam: Prince vs. Michael Jackson (Sat/20, 9pm-4am, $20–$25. Mezzanine, 444 Jessie, SF. www.mezzaninesf.com) with DJ Spinna, and also the slightly goofier Prince vs. Michael Experience (Sat/20, 9pm-3am, $10. Red Devil, 1695 Polk, SF. www.reddevillounge.com) with DJ Dave Paul. It’s an experience!

Friends, I think we can safely say that ’80s nostalgia is eating itself, a Jheri-curled Ouroboros swallowing its own falsetto tail. This bowel obstruction of over-memorializing might also explain why we have four regular Smiths tribute nights at the moment — two of them monthly. I’m not saying it’s not all good fun. But retro’s almost reached its icy hand up to 2003 in the Bay Area. Maybe it’s time to let the ’80s be more weird, Latoya.

Probably no better place for sonic experimentation than a science museum, right? Cal Academy’s killer weekly Thursday Nightlife party is partnering with the great Soundwave festival folks to explore the oceans: Christopher Willits conducting “ambisonic landscapes” among the coral reefs, DJ EUG of the FACE getting down among the fishes, remote operated underwater vehicle demos, a performance by fuzz-rock faves The Mantles, Ben Davis of Bay Lights fame giving a talk, and more to bubble on about.

Oh yes, it’s time for the percolator. A classic Chicago master of wild house energy (and surrealism, especially in his Green Velvet guise) Curtis Jones, a.k.a. Cajmere, always brings brighter days from the depths of night. This is a Lights Down Low party, so expect the eclectic: Caj is paired with Harvard Bass, who delves into the bootier end of the low-end spectrum.

Not, not yer mom. The awesome Motown on Mondays kids have been expanding geographically (LA, Hawaii) and temporally: witness this one-off in the loft at Public Works, sure to put a Supremes spring in your weekend steps. Cheap and bursting with soul, hey! With DJs Donovan Gordo Cabeza, Timoteo Gigante, and Malachi.

Where’d everybody go? Um, they’re up in Belden, dancing their jinglebells off with hundreds of other house fans to an insane three-day lineup including Robag Wruhme, Psychemagik, Dixon, Thugfucker, Mark E, DJ Tennis, Eddie C, and dozens more. Bring your innertube.

The intelligent dance music hero from Minneapolis is back with a neato new album, In a Manner of Sleeping on the BPitch Control label. He’ll join SF’s own IDM reps Kit Clayton and C.L.A.W.S. (as Kit ‘n C.L.A.W.S. lol) and DJ Kendig for a night of mindbreaking beats.

This is a really cute queer techno dance party where people dress up in costumes and twirl with abandon. The theme this month is “Under the Sea.” I’ll be the octopussy, you be the chocolate starfish. With DJs Papa Tony, Trevor Sigler, and Joe Pickett.