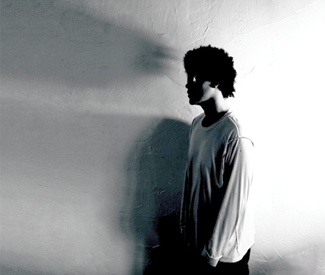 MUSIC In 1992, when Pavement released its seminally crusty, DIY masterstroke Slanted and Enchanted, tape hiss and low fidelity were inherent, unavoidable side-effects of recording on the cheap. As much as that fuzzy production sound complemented the band’s shambolic, punk sensibility, clean recording techniques were only attainable through studios, spendy gear, and other resources unavailable to most garage slackers in Stockton.

Since then, home recording standards have improved dramatically. Professional-quality software like Ableton is easily obtainable via piracy, as is an infinite sea of music-as-source-material, waiting to be lifted, sampled, and recontextualized. in 2013, this increased accessibility has rendered lo-fi recording an aesthetic choice, and no longer an intrinsic property of DIY-ism.

Yet, despite the advent of clean, sterile recording as the “default mode” of DIY music in the age of the laptop-as-recording-studio, a sizable chunk of modern, computer-based music is still permeated by the cultural signifiers and trappings of tape-based lo-fi, from the warped perversion of Ariel Pink, to the fuzzy obfuscation of Dirty Beaches, to the chillwave movement’s heavy-handed reliance on effects and filters. Ostensibly, this lo-fi aesthetic is kept intact partially in order to communicate the sort of subversion-from-the-margins that we associate with punk-rock, and other dissenting art-forms, but over the past few years, a new approach has developed, which not only embraces the stylistic properties of clean recording, but uses that sterility in a fringe context, subverting the order of the music-world similarly to the lowest of lo-fi.

James Ferraro’s Far Side Virtual (2011) was a watershed moment in this marriage of anemic production qualities, and the left-field approach of the DIY movement. Whereas Ferraro’s previous albums, such as On Air (2010), presented a fairly standard, Ariel Pink-indebted take on hypnagogic pop, (refracting a broad palette of samples from both high-art and trash-culture through a reverberatious, dreamlike haze of outmoded recording sensibilities), Far Side Virtual opted for a brighter, cleaner more limited set of source material, keeping the dryness of those samples intact. By co-opting stock commercial muzak, cheesy MIDI synths, and a jumble of ringtones, startup chimes, and Siri robot-speak, Ferraro was able to place these sounds into a new cultural framework, without significantly altering their sonic integrity, resulting in an approach now known as vaporwave.

What might resemble generic, innocuous, (yet tastelessly compiled) stock-music, when presented without context, sounds like a scathing attack on the vapidity of techno-capitalism, and our docile complicity as consumers, given the knowledge of Ferraro’s outsider status, and the subversive reputation of the Hippos In Tanks label to which he is signed. The vaporwave trend has expanded since the release of Far Side Virtual, birthing #HDBoyz (a Mountain Dew chugging, Best Buy-patronizing boy-band whose cultural position is complicated by having performed at MoMA in NYC), and even Dis Magazine, a self-described “post-Internet lifestyle” publication that embraces and/or lampoons fashion, commerce, and garish product placement.

Vaporwave, however, is a mere component of the larger, comparatively apolitical movement towards clean, dry textures and production techniques in the DIY context. Laurel Halo’s Quarantine (2012) staged dry, unadorned vocals against a dense, muddled wall of electronica, forcing two sound-worlds to compete for the same space. Ariel Pink’s Mature Themes (2012) marked a Ween-like jump from the murkiness of his earlier work to an unsettlingly arid production aesthetic. This year’s Don’t Look Back, That’s Not Where You’re Going, from Inga Copeland (half of hypnagogic pop duo Hype Williams) rejected the messy, fuzzy jumble of her previous output in favor of a streamlined, Madonna-esque pop approach. Halo, Pink, and Copeland, like Ferraro, are known for operating from the margins of culture and taste, and that’s precisely what renders their use of clean, dry sounds so provocative.

Dean Blunt, the other half of Hype Williams, made an especially striking statement with this year’s debut solo endeavor,The Redeemer, an LP that maintained the scattershot, indiscriminate sampling tactics of Hype Williams’ One Nation (2011) and Blunt and Copeland’s Black is Beautiful (2012), while doing away with the grimy, resinous sonic impurities that permeated those records. Just as Black is Beautiful jumped impulsively between snippets of free-jazz drumming, inept MIDI-flute noodling, underwater video-game music, and other disparate ideas, The Redeemer trades off between K-Ci & JoJo string samples, John Fahey-esque guitar impressionism, intimate voicemail messages, and theatrical piano hammering a la Tori Amos. However, the absence of sonic fuzz presents a novel tension between the album’s haphazard composition, and its clarity of presentation, deeming Blunt’s intentions far more ambiguous this time around.

Whereas Black is Beautiful‘s lo-fi approach placed its component samples squarely in the domain of weirdo art, fulfilling expectations of what DIY music “should” sound like,The Redeemer forces its listeners to consider each snippet at face value. “Imperial Gold,” a twee, brightly produced folk tune towards the end of the album, would fit comfortably in a Portlandia episode, but what are we supposed to make of it, coming from Dean Blunt, the outsider? Does it present a moment of sincerity, a tongue-in-cheek jab against the art-world, or both? Much like Ferraro with Far Side Virtual, Blunt subverts the meaning of his musical gestures with simple shifts of context.

Similarly to Pavement’s initiation of the lo-fi movement,using the limited resources at their disposal, this emerging trend of cleanly-produced laptop music represents the confluence of modest means and radical ideas. If anyone in the ’90s could start a three-chord garage band, surely anyone in 2013 with a laptop can compose original music from the scraps of their sample library. However, like punk, the lo-fi approach has lost much of its potency in the last 20 years, and simply cannot provoke the same bewilderment that it used to. By using sterile, dry sounds for subversive effect, provocateurs like Blunt and Ferraro have inflamed the art-world all over again. This is the punk rock of the Internet age.