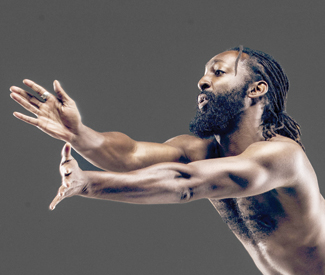 DANCE Last weekend, World Arts West’s San Francisco Ethnic Dance Festival closed out four almost completely sold-out weekends of performances. It is tempting to take this 35-year-old celebration for granted. Yet despite universal accolades, excellent audiences, a steadily improving roster of artists, an increase in live music, and ever-better production values, EDF still does not receive the support it deserves.

Consider this: according to its own numbers, EDF’s budget this year was two-thirds of what it was five years ago. Foundation and corporate support is down, between 30 and 50 percent. This time around, even Grants for the Arts — a stalwart champion of the festival since the beginning — had to cut its contribution by close to 20 percent.

Add to these challenges the fact that in 2011, due to the complications of the Doyle Drive construction, EDF lost its home at the Palace of Fine Arts. The much smaller Lam Research Theater at Yerba Buena Center for the Arts cannot make up the lost ticket sales.

Of course, in these mean and lean times, all the arts suffer. But other institutions of similar size, track record, and scope have endowments that help tie them over. Not EDF. It’s paycheck to paycheck. One reason for EDF’s survival, however, is that the biggest supporters of the arts have always been the artists themselves. Most of this year’s 500 dancers and musicians performed for free. (Their companies get a small stipend.)

So perhaps it’s appropriate to give a small bouquet to these eminent artists who may have come from places most of us will never visit — 19 countries on five continents — but are bringing to both fellow dancers and audiences their perspectives on what dance can tell us about being human.

While the Palace’s loss deprived EDF of its preferred stage, spreading the dance to different venues was a successful experiment. On June 7, a free, mid-day gala opening rocked the rotunda at San Francisco City Hall; the following day, Charya Burt’s reimagining of sculptor Auguste Rodin’s 1906 encounter with classical Cambodian dance brought East and West together at the Legion of Honor Museum’s jewel box theater. Later in the festival, one could walk across the lawn at Yerba Buena Gardens, where Patrick Makuakane was teaching light-hearted contemporary hula — and then, at YBCA, watch Halau o Keikiali’i present dignified re-interpretations of sacred Hawaiian rituals, offering an inkling of the complexities of culturally-specific dance.

EDF presents cultural traditions that range from high classicism (Chinese Performing Arts of America) to folkloric community celebrations (Lowiczanie Polish Folk Ensemble). But the fest also embraces change within continuity. It gives newcomers a chance, and welcomes re-interpretations of the past.

Nine of this year’s 33 participants made their EDF debuts. Among them were Colectivo Anqari, which charmed with an urban reinterpretation of popular dance from the Andes in which the men both danced and played the pan pipes. The women’s contribution almost looked like an afterthought. Ceremonially stepping dancers, drummers, and a flute player from Ensohza Minyoushu performed Sansador from Northern Japan, its high degree of formality leavened by a leaping masked “spirit.” Antoine Hunter’s short Risk showed a fascinating mix of jazz and sign language by this deaf dancer. High fives, however, must go to the two dozen youngsters of Mona Khan Company Emerging Performers. Their rousing, Bollywood-inspired Jalsa showed them to be disciplined, tough, and exuberant.

A relatively recent phenomenon is dancers and companies who rethink their heritage and reframe it into the kind of individual expression that Western art encourages. Charya Burt is one of them. Another is La Tania Baile Flamenco, whose Tierra translated the quintessential male farruca into a women’s dance. The trio became a striking expression of female power — rigorous and utterly convincing. Solo artist Oreet incorporated modern and ballet vocabulary into her spunky belly dancing, making it a decidedly contemporary expression of womanhood.

I do find it problematic, however, that dance from Mexico — there are over two dozen folklórico groups in the Bay Area — inevitably is represented by suites that are happy, fast, and loud. Surely there are more varied ways to showcase that culture’s rich variety of traditions.

The Palace of Fine Arts is scheduled to re-open in 2015. The people at World Arts West would like the complex to become a center for art and culture from around the globe. Sounds like a good idea to me.