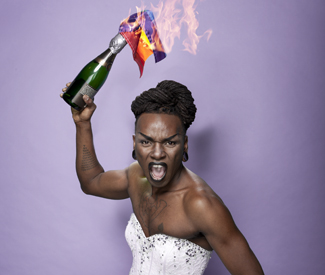 As San Francisco’s LGBT community and its supporters prepared for Pride Weekend, the whole city was anxiously awaiting the imminent US Supreme Court ruling on same-sex marriage. That case began here more than nine years ago when then-Mayor Gavin Newsom decided to let gay men and lesbians marry and the City Attorney’s Office launched a long and torturous legal battle.

The synchronous timing of the two events couldn’t be better. (Well, it could have been better for the Bay Guardian‘s deadline if the ruling has come out June 25, instead of when this issue will be hitting the streets on June 26, but you can read our full, live coverage here at sfbg.com tomorrow.)

LGBT activists are planning a massive rally at Castro and Market streets starting at 6:30pm on June 26, along with another performance stage at Market and 19th streets featuring Donna Sachet emceeing performances ranging from DJs to drag and other live performances, like an early start to an already packed Pride Weekend. (For more info, see www.dayofdecision.org.)

Of course, at press time it was still unclear whether we’ll see a joyous springboard for a raucous Pride that many are hoping for, with total victory and marriage equality becoming the law of the land; a bitter repudiation of LGBT rights reminiscent of Nov. 4, 2008, when the street celebrations over President Barack Obama’s election victory were tempered by frustration over voters approving Prop. 8 and banning same-sex marriage; or something in between.

The ruling will cap a see-sawing legal and political battle for which the City Attorney’s Office calculates it has written more than a half-million pages of legal briefings for more than 50 judges at various levels, including four trips before the California Supreme Court in four separate but related cases before making arguments to the US Supreme Court in March.

If the ruling doesn’t legalize same-sex marriage in California, activists say they’ll immediately return the struggle back into the political arena and use the momentum of the ruling (and the three states that legalized same-sex marriage this year, bringing the total to 12) to win at the ballot box (it would take a popular vote to undo Prop. 8).

If that happens, look for our own Sen. Mark Leno — who got the California Legislature to approve his legislation legalizing same-sex marriage, twice, only to have it vetoed by then-Gov. Arnold Schwarzenegger — to play a lead role.

“The only option is to re-amend the constitution to eliminate the discriminatory Prop. 8,” Leno told us. That measure could be placed on the 2014 ballot by either the Legislature or an initiative, which Leno said will be decision for the coalition of same-sex marriage supporters.

There are benefits and drawbacks to both options. Gathering signatures for an initiative is expensive, but that effort would also help launch the campaign to win over California voters. In the Legislature, four supportive Democrats will likely move to other offices this year, including a Senator and Assemblymember who are each joining the Los Angeles City Council, but Leno is still confident.

“We stand prepared with legislation already drafted to move forward with a bill if that’s what the coalition decides,” Leno said. “And we are confident we have the 27 votes we need [in the Senate], maybe even 28.”

City Attorney’s Office Press Secretary Matt Dorsey has been doing regular email briefings for journalists who are here from around the world, ready to report from the place where it all began as soon as the ruling comes down.

City Attorney Dennis Herrera, Chief Deputy City Attorney Terry Stewart, and their team are prepared to analyze the ruling as soon as it is released just after 7am (Pacific time) and to deliver the first press briefing on the steps of City Hall at 7:30-8am. Mayor Ed Lee, Newsom, and other officials will host a live viewing of the ruling at 7am in City Hall, following by their own press conference.

Dissecting the ruling could be a tricky task given that there at least four major scenarios that the ruling could trigger, each of those with lots of sub-scenarios that depend on the scope and details of the ruling. Everything for legalizing same-sex marriage across the country to a technical ruling that kicks it all back to a lower court are possible.

“In 10 years [working for the City Attorney’s Office], I’m never seen an outcome that could go in so many different directions,” Dorsey told us.

If the ruling invalidates Prop. 8, that decision would be formalized in about a month, then returning jurisdiction over the case to the Ninth Circuit Court of Appeal, which will then issue a formal notice of decision that gives it the force of law, according to a June 11 memo the City Attorney’s Office wrote for other city officials.

It notes, “Depending on how the Supreme Court decides the case, marriages could resume as soon as mid-to-late July.”