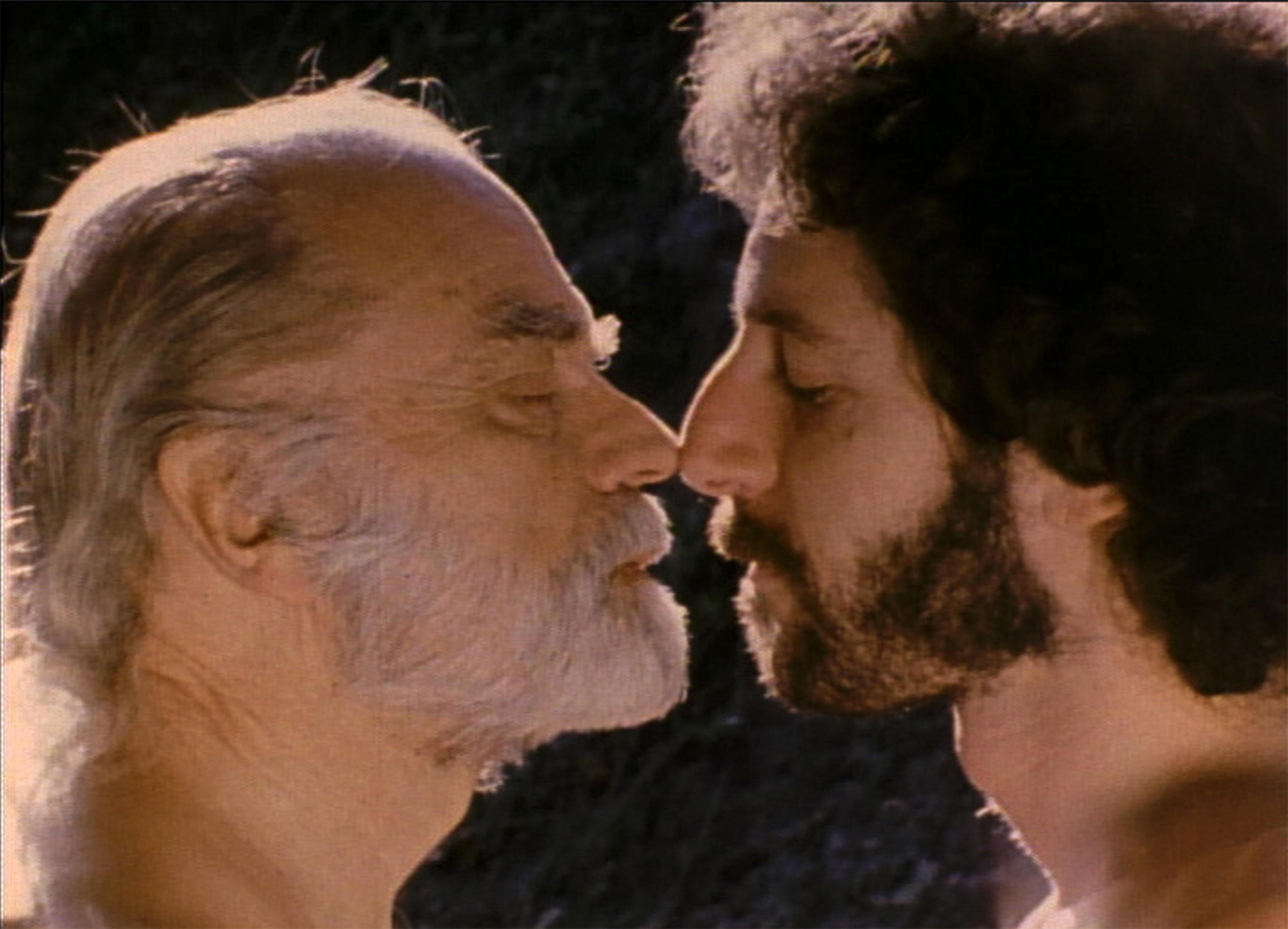 Frameline37 is underway! Check out our coverage of the country’s biggest, oldest LGBT film festival: Dennis Harvey’s rundown of five docs about great gay men (including Gore Vidal and Divine); my interview with A Nightmare on Elm Street 2: Freddy’s Revenge star/”scream queen” Mark Patton; and a host of short takes by Harvey and Lynn Rapoport.

This weekend, Hollywood would ask you to choose between zombies vs. Brad Pitt, and spoiled teens who live by the mantra “I wanna rob!” (also, if you have younger kids, there’s a new Pixar joint, too). Reviews for all after the jump, with special shout-outs to the very cool, very strange Berberian Sound Studio (essential viewing for fans of 1970s Italian horror films), and the tense Danish thriller A Hijacking.

Berberian Sound Studio It’s the 1970s, and frumpy British sound designer Gilderoy (a flawless Toby Jones) has, somewhat inexplicably, been hired by a flamboyant Italian filmmaker to work on his latest lurid genre piece, The Equestrian Vortex — about a girl who realizes her riding academy is haunted by witches. Any resemblance to 1977’s Suspiria is entirely intentional, as writer-director Peter Strickland crafts a meta-horror film that’s both tribute to Argento and co. and a freaky number all its own, as Gilderoy begins to realize that the “vortex” he’s dealing with isn’t merely confined to the screen. Fans of vintage Euro horror will appreciate the behind-the-scenes peek at the era’s filmmaking process, as well as Strickland’s obvious affection for one of cinema’s most oddly addictive genres. Bonus points for the Goblin reference. (1:28) Roxie. (Cheryl Eddy)

The Bling Ring When it was revealed that high schoolers were behind a series of robberies targeting the lavish homes of Hollywood’s famous-for-being-famous types — most notably Paris Hilton — the fallout became fodder for gossip websites like TMZ.com, plus a memorable Vanity Fair article. The latter (recently expanded into a book by author Nancy Jo Sales) is the basis for Sofia Coppola’s new film, a fictionalized take on the crimes. Bored by upper-middle-class lives that leave them with lots of free time and habitually absent parents, a posse of SoCal teens (newcomers Katie Chang and Israel Broussard, and Harry Potter‘s all-grown-up Emma Watson, lead the charge) begin creepy-crawling the homes of Hilton and others, dovetailing their celebrity obsessions with a raging hunger for expensive shit. (Was ever a crime so victimless, one wonders, than a heist perpetrated at the expense of a starlet’s handbag collection, so vast she won’t even notice a few missing Birkins?) Flashing their ill-gotten new clothes, jewelry, and wads of cash in Facebook selfies, the burglars miss the most valuable lesson of all: that the friendships they share are fleeting and meaningless — kind of like fame, kind of like blowing (stolen) money on designer clothes that will soon be out of style. Ironically, with The Bling Ring, Coppola has delivered her least-vapid film since 1999’s The Virgin Suicides; it’s both candy-colored and canny, a cautionary tale that lingers just long enough on its scenes of youthful excess to let you know it’s in on the joke. (1:27) (Cheryl Eddy)

“From the Archive: Treasures of Eastern European and Soviet Cinema: A Tribute to George Gund III” One rich guy who really, really loved art — not just as an investment or public charity platform — recently deceased Bay Area resident George Gund III was a burly entrepreneur and athlete who grew fascinated with Soviet-bloc cinema early on. He spread that passion as a longtime board member for the San Francisco Film Society, and as a donor of prints to Berkeley’s Pacific Film Archive. A selection from the latter collection is being showcased in a month-long PFA tribute that starts this week. Spanning from Hungary to Czechoslovakia to former USSR territories over a richly creative cinematic era (1960s to 1970s), it offers numerous seldom-revived gems including Juraj Herz’s macabre 1968 Czech black comedy The Cremator, Georgian master Otar Iosseliani’s 1975 Pastorale, and decorous kitsch-classic Valerie and Her Week of Wonders (1970) director Jaromil Jiles’ contrastingly stark 1972 follow-up And Give My Love to the Swallows, which depicts the fate of a young woman sentenced to death for supporting the resistance under Nazi occupation. Pacific Film Archive. (Dennis Harvey)

A Hijacking Danish director Tobias Lindholm’s thriller is not based on a specific incident, but its story feels ripped-from-the-headlines familiar, and it’s part of a larger trend of films — including the upcoming Captain Phillips, directed by Paul Greengrass and starring Tom Hanks — about Somali pirates. Coincidentally, A Hijacking is reminiscent of Greengrass’ style, shot almost like a documentary with great attention to realism. At sea, we follow good-natured cargo-ship cook Mikkel (Pilou Asbæk) as he deals with the sudden invasion of machine-gun toting thugs (who speak neither Danish nor English, and aren’t given subtitles to translate their own language), and is drawn into drama with the one member of their team he can communicate with: capricious go-between Omar (Abdihakin Asgar), who’s armed with power instead of weapons. Meanwhile, in Copenhagen, reserved shipping-company CEO Peter (Søren Malling) steps into the delicate role of negotiator when the ransom demands start rolling in. A Hijacking is tense and tightly constructed, as when an exhausted, frustrated Peter removes his shirt and tie and reveals he’s wearing the same type of undershirt as the grimy, terrified Mikkel. And if the film tends to view the hijackers as an indistinguishable mob of trigger-happy villains, at least there’s the Omar character — and one briefly uplifting scene where the whole group fishes off the boat to replenish their dwindling food supply — to humanize them somewhat. (1:39) (Cheryl Eddy)

Monsters University Seven-year-old Mike Wazowski is even more adorable than grown-up, Billy-Crystal-voiced Mike Wazowski. It’s a pity, then, that one of the big lessons Monsters University teaches is that the essence of monster-identity is how scary one is. What Mike loses in frightfulness he forcefully recovers in spunk, and after a trip to the scare floor that briskly reminds us the premise of 2001’s Monsters, Inc., mini-Mike becomes the first ever career-driven Pixar character. (For this, I love him.) We all know he eventually becomes a superstar in this scare-powered retro-verse, but first he has to overcome frat boy-inflicted embarrassment and flunk out of school. The most noteworthy thing about Pixar’s first prequel is how very massively its characters fail — it’s a lovely tilt that suggest the greatness of tomorrow begins when you overcome the failures of today. The administrators of Monsters University (in particular Helen Mirren’s dragon-lady Dean) require formal perfection in the scares they grade, but in the world of actual scarers, oddness and difference actually become advantages. It’s all theory but no rulebook. And doesn’t that sound like a good lesson from the studio that once proudly said “story is king,” yet now scrambles to meet Disney’s once-a-year feature demands? Such rigidity comes at a price. (1:50) (Sara Maria Vizcarrondo)

Somm First-time filmmaker Jason Wise follows four wine-obsessed men (including three from the Bay Area) on their quest to become Master Sommeliers. Their genial rivalry — the stuffiest member of the quartet is nicknamed “Dad” — somewhat offsets the immense pressure they’re under, though every guy turns into Rain Man when he starts ID-ing each unmarked glass, detecting subtle yet highly specific aromas like “sage, truffle, wet forest floor, decaying dried red rose petals,” “a freshly opened can of tennis balls,” and (in the weirdest example) “grandma’s closet.” It’s an insular, elite world, but Wise’s camera gets right to the front lines as the candidates prep for the grueling, multi-day test, interviewing the long-suffering spouses of the candidates (one of whom ruminates on the grossness of “spit buckets” left behind after late-night tasting marathons). As the day of reckoning looms, the tension mounts along with the piles of flash cards — but the friendships and good humor remain, even after the results are revealed. (1:33) (Cheryl Eddy)

World War Z Or, Brad Pitt saves the world from undead beings with rotted brains but super-sharp hearing. Somehow, Max Brooks’ innovative multi-character book — written in the form of interviews with survivors of a recent zombie outbreak — becomes by-the-numbers action horror in the hands of director Marc Forster (2008’s Quantum of Solace, a.k.a. that Bond movie nobody remembers), complete with credit sequence filled with real news reports of environmental disasters, global unrest, and even a little shout-out to that guy who ate another guy’s face off last year in Florida. No bath-salt jokes here, though; instead, we have Pitt playing a verrrry serious former UN investigator — former, because he quit to spend more time with his family, a promise he actually considers keeping even when the survival of the world hinges, apparently, on his very specific expertise. He jets around the world (South Korea! Israel! Wales?) in search of a cure, but it’s obvious from the beginning — when he escapes immediate death in the initial rampage with his picture-perfect wife (Mireille Enos) and two daughters — that he’ll eventually suss out a planet-saving solution. (Sorry, but if that’s a spoiler you’ve never seen a movie before.) A few nifty setpieces can’t save World War Z from more or less embodying the descriptor “meh,” with its undynamic 3D, uninspiring CG, and cobbled-together script, complete with reassuring final voice-over. And one more thing: for the love of flesh-ripping gore, can we please make this the last PG-13 zombie movie? (1:56) (Cheryl Eddy)