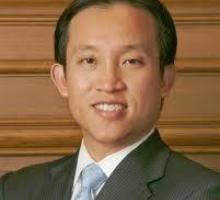 I’m not surprised that the folks at the Chamber of Commerce are all agitated about Sup. David Chiu’s proposal to expand family-friendly scheduling at local businesses. The Chamber’s Jim Lazarus is typically out of control:

“At some point, people are not going to want to create businesses in San Francisco when they have to go up to City Hall for a hearing every time an employee doesn’t like their reason for not agreeing to a shorter workweek,” Lazarus said. “Are we going to close for the month of August like France? Is that the next one?”

For the record, I’m all in favor of the French way of thinking about work. But you already know that.

Here’s the crazy thing, though: The Chiu legislation is actually remarkably mild. All it says is that a worker at a company with more than 10 employees has the right to request a different work schedule. The word here is “request.” The company can deny the request if would “create an undue hardship for the company or organization, including an increase in costs or a detrimental effect on the ability to meet customer or client demands.”

Folks: That’s a huge, broad exemption. If giving an employee the right to work at home sometimes (actually, a good idea for lots of reasons, including climate change) or the right to start or end a shift early or late, costs any money or causes any real disruption in the business, then management is exempt and can deny the request.

All the law would really do is elevate the idea of flextime to something that has to be considered if someone asks for it. And you can’t be fired for asking.

If the Chamber is going to go ballistic about this, it’s way out of step. A lot of businesses in the city already comply with at least the spirit of the Chiu law. I don’t see this as a huge issue for anyone.