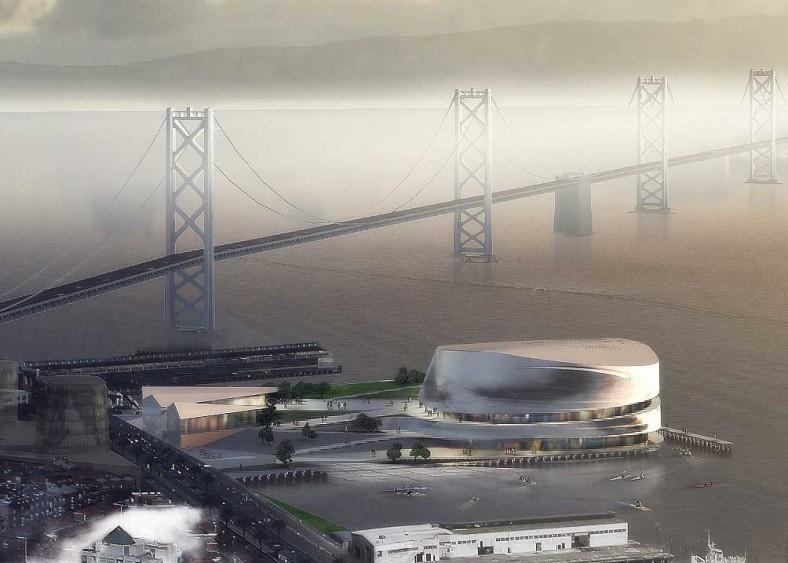 I won’t be a bit surprised if the Warriors start putting money behind Simon Snellgrove’s efforts to win ballot approval for his 8 Washington condo project. And it won’t be just because of general developer solidarity. And I don’t think the basketball team owners are counting on a lot of fans living just down the Embarcadero — odds are a lot of the people who buy Snellgrove’s ultra-luxury condos won’t live in San Francisco much of the time anyway.

The mayor has called the Warriors Arena his legacy project. The head of the Planning Commission says it’s a done deal. Despite the screwy financing and the serious problems with traffic and transit, this thing is moving forward through official San Francisco on greased skids.

But given the way things work in this city, it’s almost certain that the arena will wind up on the ballot. Either the Warriors will organize an initiative campaign to put it before the voters, or the opponents will. And in this case, both sides will have money — the neighbors who don’t want the project are a relatively well-off bunch.

It’s too late for anything to happen for the Warriors this fall, which means a likely battle in November, 2014. But the voters this fall may very well reject the condo towers, and if they do, it will likely hinge on the notion that San Francisco has historically reduced height limits near the Bay. Polls show most voters don’t want tall buildings on the waterfront. And a strong vote to reinforce that would have impacts for any future projects.

“If 8 Washington goes down,” former Mayor Art Agnos, who opposes both projects, told me, “then the people will have spoken out about big buildings on the waterfront, and the Warriors will be in trouble.”

Remember: The arena is only one piece of the Warriors’ project. There’s also a shopping mall, hotel and highrise housing planned for the area — and without the highrise on Seawall Lot 333, the arena doesn’t pencil out. So you can love the idea of a big ol’ flying saucer thingy on a concrete pad four times the size of Union Square sitting on the edge of the Bay and still not like the idea of (once again) spot-zoning a waterfront lot for high-end condos that will block people’s views.

If I were opposed to the arena, I’d be reaching out to the folks fighting Snellgrove and throwing some cash their way. Because this is the first in a series of battles over the use of waterfront land, and its importance goes far beyond 134 condo units.