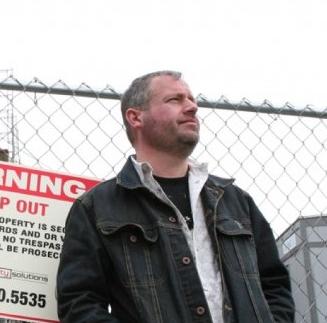 There are always bad tenants. Always will be. Human interactions are imperfect, and renting out a room in your flat or a flat under your apartment to a stranger is always a bit of a gamble. I’ve lived with housemates, and it’s always been great, but not everyone has that experience — one old friend of mine lived with a guy who threatened to kill him by writing demonic messages in blood on the bathroom wall and then smashed his car to bits with a street sign.

Yet most of the time, tenants pay the rent and keep things clean and it all works out — and that doesn’t make the news. Real drama is Pacific Heights, Michael Keaton breeding cockroaches and driving a poor young couple to bankruptcy and despair. Real drama is a guy who smashes the door in with a borrowed sledgehammer, floods the basement and throws a live appliance into the sink.

And when stories like that, written by a conservative man who clearly thinks the city is too soft on tenants, make the New York Times, it’s easy for the rest of the country to start thinking that San Francisco is some kind of commie paradise where even the worst tenants have all the rights and the nicest, most generous landlords always get screwed.

Such is the case with the Scott James tale of woe that has become one of the most-shared stories in the Times over the past week. Unfortunately, there’s nothing about this case that says anything about the state of landlord-tenant law in San Francisco.

James has decided not to rent out his available unit because he had a bad tenant. But he takes a bizarre example of unacceptable behavior and turns it into an argument that the city’s generally unfavorable to landlords — even when it’s clear that, in his case, the tenant could have been (and fairly easily was) evicted.

He argues that “it is a widely held belief among renters here that laws are so tilted in favor of tenants (and against landlords) that renters can get away with any outrageous behavior.” I know lots of renters and tenant lawyers, and I don’t know anyone who would say that breaking into the building with a sledgehammer and shorting out all the circuit breakers is something you can “get away with.” The laws that protect tenants essentially say that someone who pays the rent on time, honors the terms of the lease, and doesn’t do anything crazy like this guy did, gets to stay in place. The city restricts arbitrary, retailiatory, and purely economic evictions; what Scott found when he filed an eviction notice is that tenants who damage the property are not protected; in his case, there was no long battle, no expensive eviction process. He filed for eviction and the tenant left.

If the tenant damaged the place, his or her security deposit would not be returned — and in most cases, the insurance would cover the rest of the damage. (Michael Petrelis has a nice takeout here; he also remembers that hideous Michael Keaton movie.)

Scott is clearly wealthy enough to pay for his turn of the century Victorian (which he bought for $1.3 million in 2004, according to public records) without renting out the downstairs unit. He’s not about to lose his home; in fact, he says he’s just as happy to have visitors stay there. So he’s not one of those landlords who says he can’t possibly survive without raising the rent or using the Ellis Act.

Instead, he’s just a whiner. He’s holding a valuable rental unit off the market because he wants … what? The right to throw out any tenant any time without any due process? What exactly is the problem he’s facing? How, exactly, did the city’s allegedly pro-tenant laws harm him?

I dunno. I have been trying to reach him; I send him emails and a message on Facebook. No response.

Here’s the truth: Most tenants are decent people who have, and should have, every right to stay in their homes. But these days, the amount of money flowing into the housing market (much of it, by the way, from big out-of-town investment groups) and the inability of the city to enact effective tenant protections has skewed the balance way, way in favor of the landlords.

The state Legislature has removed the only tools that actually protect low-income tenants in the long term, like rent controls on vacant apartments and anti-eviction rules. So San Francisco, in reality, is anything BUT a tenant paradise.

As for landlords who leave units vacant? They ought to pay a penalty. A tax on vacant residential units might encourage them to take the (modest) risk for the (big) reward, and put their places back on the market. Pacific Heights was just a movie.