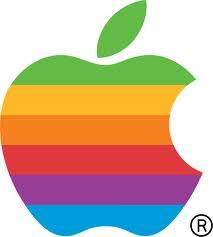 It’s always fun when things are so screwy in town that the leading conservative writer at the Chron starts to agree (even just a little) with the crazy commie at this blog.

Debra Saunders is unhappy with the way the Apple store is moving into Union Square. Not because she hates Apple; she’s a Republican who loves all business. Not because she wants to save the fountain or thinks the urban design is ugly; she’s all for new development.

The problem she has is the same problem so many of us have with Sean Parker’s wedding: The technoriche don’t have to play by the same rules as everyone else:

But I think some locals object to the plan because Apple gets kid-glove treatment. Small business owners have to jump through many hoops to accommodate the Special City’s sensibilities – or else. There’s an ordinance, for example, that prohibits chain stores in certain neighborhoods. Yet when the high-tech money knocks, the door is wide open.

Yep. Small businesses don’t get special tax breaks out of the Mayor’s Office. Local merchants don’t get these kinds of special exemptions when they want to open or build something. (Try to open a nightclub in this town.)

When hi-tech money knocks, the door is wide open. And even the conservatives are getting sick of it.