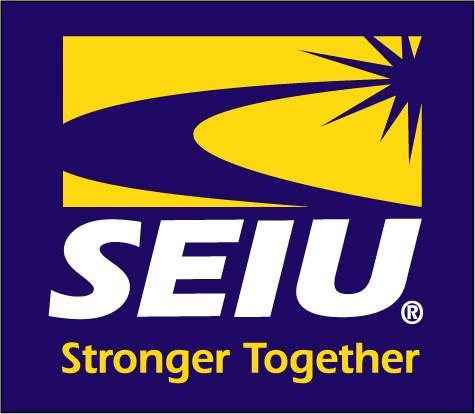 At least a hundred SEIU members in purple jackets marched down Bush St. this afternoon (June 5), in preparation for a possible strike. Security guards who are a member of an affiliated union have been working without a contract since 2012; some make so little money that they can’t afford apartments in SF and wind up living in SROs.

The signs said “on strike,” but actually that hasn’t happened yet. I spoke to some of the marchers who said they weren’t a liberty to say when the security officers would walk out, but “it’s imminent.”

And they clearly got the message out, making noise loud enough that I could hear it on the 17th floor and backing up rush-hour traffic just North of Market.

I really don’t think any of the owners of these big commercial office buildings are so hard up right now in this boom market that they can’t afford to pay the people who protect their property and tenants a living wage.