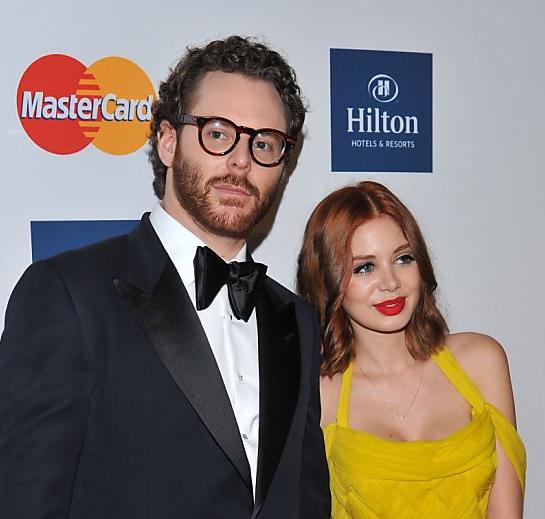 It’s hardly news at this point that billionaire tech mogul Sean Parker tore up a public campground to build the sets for his $10 million fantasy wedding in Big Sur. And it’s been widely reported that Parker paid a $2.5 million fine to the Coastal Commission, which he tried to spin as a wonderful environmental gift to improve the state park system.

But I read with interest in the Chron that both Lite Guv Gavin Newsom and Attorney General Kamala Harris were reportedly at the wedding. Both are very smart people; both have the ability to observe the world around them. So I have to wonder:

Didn’t either Newsom or Harris think it was a little bit odd to see all this new development in a protected area? Did it occur to either of them that their richy-rich-rich pal, who has a history of snubbing laws he doesn’t like, might have done the same thing here?

Could the state’s top law-enforcement official and a member of the state Lands Commission really look at artificial ponds and large new structures, which involved bulldozers to create, and not say:

Huh? Aren’t there rules against this sort of thing?

Okay, it was a wedding, and nobody wants to be the one to throw the turd in the punchbowl. The politician guests were there to celebrate with a person who is capable of helping to fund future campaigns (and since both Harris and Newsom are considered possible candidates for governor when Jerry steps down, I bet they had a great time together).

But didn’t either of them feel at least a little weird about it?

I called Newsom’s office and left a message for Dierdre Hussey, his press person. She hasn’t called back. Nick Pacilio in Harris’s office told me someone would get right back to me; hasn’t happened yet. So we don’t know what the two were thinking.
But I do know this: The level of adulation of the technoriche has reached levels we haven’t seen since the Gilded Age.

To the outside observer, Parker’s actions look like contempt for the piddling rules that we non-billionaires can’t buy our way around. And they certainly do nothing to alter the increasingly popular local view of the tech class as selfish and aloof, conspicuously relishing their venture capital rounds and IPO winnings, as a growing portion of the Bay Area population struggles to make the skyrocketing rents.

And politicians seem to adore the most selfish and aloof (and clueless) among them.

Take Mayor Ed Lee’s comments about Airbnb. The company is clearly cheating on its taxes. The city treasurer investigated the situation and ruled unequivocally that airbnb needs to collect and remit the Transit Occupancy Tax money that should be charged on its rooms.
When Michael Krasny asked the mayor on Forum about the issue, Lee defended airbnb (which is funded by his buddy Ron Conway), saying that the company is just “making arguments” about whether it owes the tax.

But that’s just false: The arguments are over. The company argued with the tax collector and lost. And it isn’t arguing anywhere anymore — not in court, not in the political sector. It’s just …. not paying. And because it’s a tech company, and Conway is nurturing it, the mayor seems just fine with that.

It appears that big corporations are big corporations. They may claim that they won’t be evil, and they may be headed by people in their 20s who dress like hipsters, and they may make really cool products — but their operating just like the robber barons of old. And the great wealth they’ve created has, to a great extent, also created great arrogance.

Before the trolls accuse me of fomenting class warfare, let me repeat: I didn’t start this war. I didn’t rig the political and tax systems so that the middle class would be wiped out as all of the net new wealth in a generation goes to the top 1 percent. I’d much prefer we all share in the bounty, as the middle class and working class did in the post-War era.

Meanwhile: Does anyone really need a $10 million wedding in a state park?