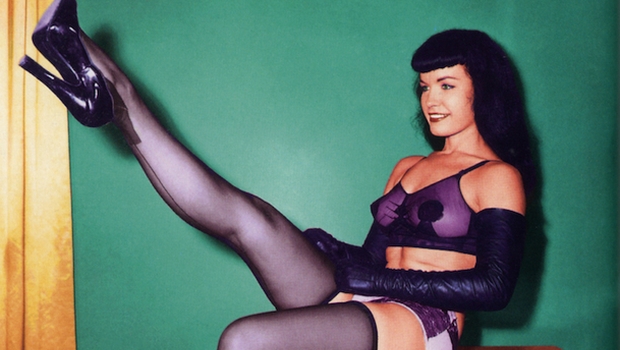 Let’s hope it’s the latter, since the 12th annual fest boasts a well-curated mix of films that loosely fall into two categories: those with provocative subject matter and those that are crowd-pleasers, with crossover potential therein. Opening-night selection Spark: A Burning Man Story melds both traits. Suitable for both longtime Burners and folks who don’t know much about that colorful desert carnival — but have marveled at the scope of its cultural influence, for better and worse — this film by locals Steve Brown and Jessie Deeter offers an insider’s look at variously chaotic, despairing, and triumphant preparations for the 2012 festival.

Spark captures Burning Man’s inner-circle organizers amid a tumultuous period, as they confront concerns both practical (including a stressful ticket-sale snafu) and philosophical (why are they selling tickets in the first place?) that have exploded along with the event’s ever-growing popularity. The film doesn’t shy away from showing the less-graceful aspects of this transformation, but at its core it’s a fairly starry-eyed celebration of Burning Man’s allure, depicting the event as a magnet for artists and free spirits — and Spark‘s striking cinematography suggests that Brown, Deeter, and crew also found inspiration there.

“For some people, Burning Man ignites a passion or creativity that might have been buried or beaten out of them through their adult life,” says Brown, a first-time filmmaker with a background in tech start-ups. “That was the theme of the film: what does it look like, maybe for the first time, to act on a dream? It takes a lot of courage and tenacity to make that happen — and inevitably, dreams collide with reality and become difficult and challenging, and you have to make compromises. I saw a lot of stories like that coming out of Burning Man, and it was kind of my story, too.” (For more on Spark, check out Steven T. Jones’ article in this issue of the Bay Guardian.)

Bearing a far less hopeful message is DocFest’s closing-night film, Terms and Conditions May Apply, about internet privacy (or rather, the increasing lack thereof). Director Cullen Hoback turns to animation, talking-head interviews, and pop-culture snippets — like Parks and Recreation‘s lovable lout Ron Swanson learning about “cookies” — to liven up what could’ve been a movie comprised mostly of computer screenshots.

Though a late-act attempt to ambush-interview Mark Zuckerberg feels a little gratuitous, the concerns Hoback raises are completely legit, and backed up with real-life examples; thanks to government initiatives like the Patriot Act and corporate sneakiness (you don’t really read those lengthy “Terms and Conditions” agreements before you click through, do you? Does anyone?), one’s online profile can be laid bare with ease. This explains why those random ads on Amazon seem to know an awful lot about your interests — and, more alarmingly, why a SWAT team paid an urgent visit to a guy whose Fight Club-inspired Facebook status was misinterpreted as a terrorist call to action.

Another film that’ll drive you into your fear-the-future bunker is Vivienne Roumani’s Out of Print, which packs a lot of information into its 55-minute running time. There’s the expected discussion of how self-publishing online has upended the traditional publishing world, but also thoughtful investigations of the importance of libraries, of fair-use access versus copyright laws, and of how reading short snippets online is actually changing the way our brains learn. Chillingly, the film sits down with a group of teenagers repulsed by the idea of library research. Like, who has time to read an entire book on a single subject? “I’d rather just Google it,” one kid shrugs. (That sound you hear is the concept of critical thinking dying a slow, agonizing death.) And it’s not just kids: the film cites a statistic that one out of every four American adults did not read a book in any format in 2012.

Thank goodness for Magic Camp, Judd Ehrlich’s gentle study of a summer camp for proudly nerdy budding magicians. “I like the elegance of magic,” one tween rhapsodizes, and it’s heartwarming to see attitudes like that embraced, even if some of the counselors deploy tough-love to help their charges improve. All of the campers Ehrlich profiles face obstacles in their normal lives (Tourette’s syndrome, dyslexia, parents struggling with long-term unemployment), and the kids clearly view their week-long escape as more than just a chance to refine their card tricks. For some of them, it’s their only crack at a safe space where uniqueness is not just encouraged, but actually celebrated.

Similar uplift — but with much darker undertones — comes courtesy of Running for Jim, about cross-country coach Jim Tracy, who’s led the girls’ team at San Francisco’s University High to multiple state championships. KGO-TV’s Dan Noyes co-directs this profile of a respected (if cantankerous) leader who lives in his car on occasion (a stark contrast, one suspects, to the home lives of the student athletes who attend the private school). When Tracy, a lifelong runner himself, develops Lou Gehrig’s disease, the kids rally to support him — and his sarcastic sense of humor remains intact, even as his body falters. Another local film about courage in the face of a devastating illness can be found in The Sum Total of Our Memory, Barbara Klutinis’ sensitive, surprisingly optimistic look at married couples grappling with Alzheimer’s disease. The 30-minute film, which draws on both interviews and experimental-film techniques, is a high point in the festival’s shorts program devoted to Bay Area filmmakers.

One of the hotter DocFest tickets is sure to be Mark Mori’s affectionate Bettie Page Reveals All, narrated in the form of a rambling, chuckle-punctuated interview with the late pin-up icon herself. (We never actually see her except in archival film and images.) Even die-hards who already know the story behind the legend — a rough childhood, several unsuccessful marriages, mental-health issues — will likely learn some new tidbits. (A friend recalls watching 2005’s unauthorized biopic The Notorious Bettie Page with its subject, who hollered her opinion — “Lies! Lies!” — throughout.) Associates like Hugh Hefner and Dita Von Teese drop by to praise Page’s talents and legacy, but there’s no greater proof of lasting glamour than Page’s famous photographs, which she clearly loved posing for, and never regretted, even after embracing Christianity later in life.

Elsewhere in the fest, animal lovers should take note of Life with Alex, Emily Wiok’s profile of “real-life Dr. Doolittle” Irene Pepperberg, a scientist who spent decades working with an African Gray Parrot named Alex — who, despite his “walnut-sized brain,” developed a large vocabulary and the ability to identify certain colors and shapes. To its credit, the film also includes points of view that are skeptical of Dr. Pepperberg’s research (see: “Clever Hans”), though its cloying piano score grates long before the hour-long film reaches its conclusion.

Also worth mentioning, and filed under “straight from Sundance,” are Mike Lerner and Maxim Pozdorovkin’s Pussy Riot: A Punk Prayer, about the young, outspoken, and unfairly imprisoned Russian feminists; and Nick Ryan’s The Summit, set atop the world’s second-highest peak. The latter uses riveting re-enactments (à la 2003’s Touching the Void) and eyewitness interviews to piece together a disastrous chain of events that ended in 11 deaths in a 48-hour period — setting a grim new record for the sport of mountaineering. *