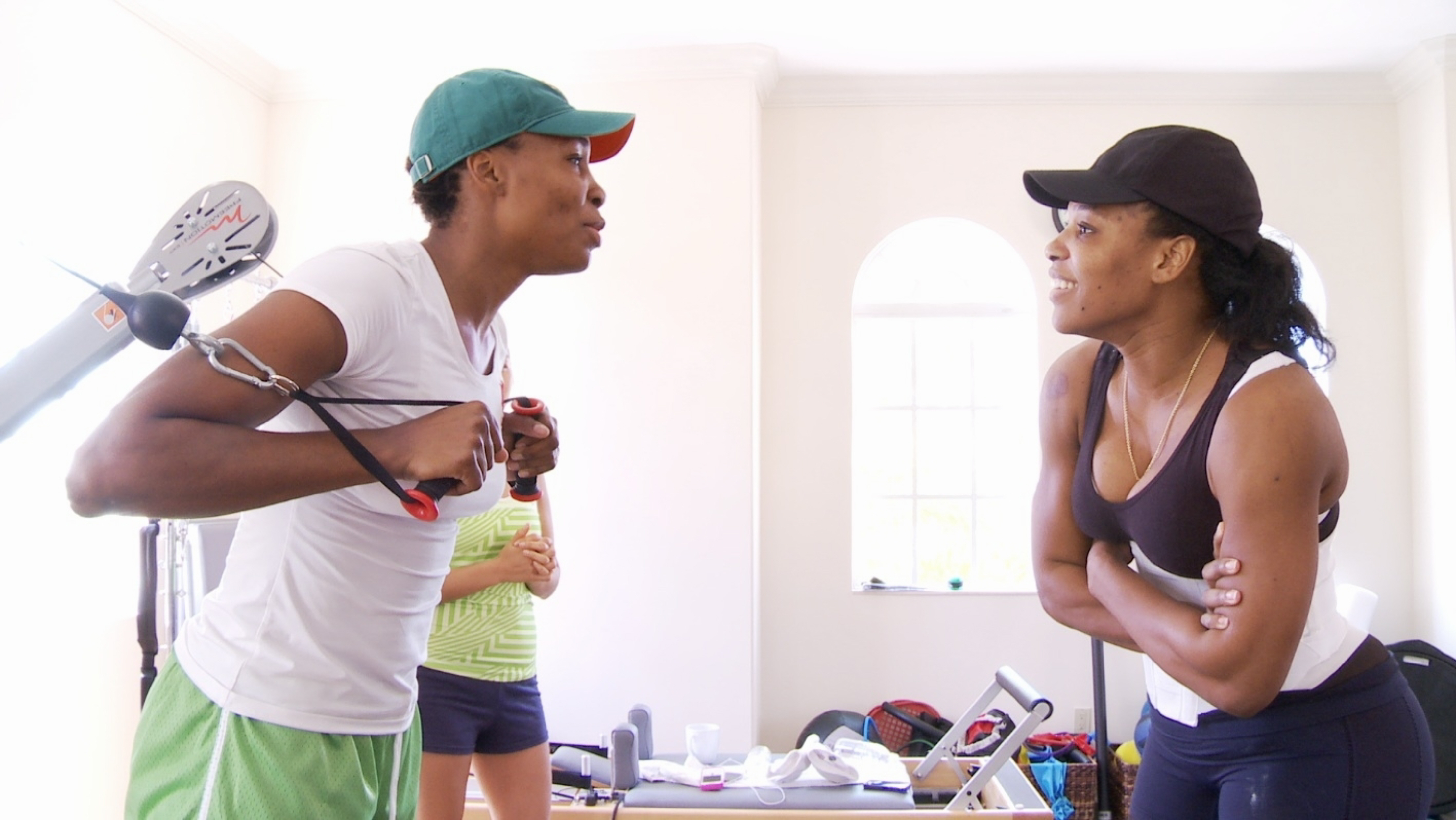 This week there are two very different movies about two VERY different couples (Before Midnight and Sightseers). Pick your poison by checking out Lynn Rapoport’s Midnight review and my Sightseers review. Also! A doc about WikiLeaks, a doc about the Williams sisters, a doc about conservation, a sci-fi movie in which father and son Will and Jaden Smith play father and son, and a doc about magicians who rob banks. (I wish, anyway.) Read on for more.

After Earth In around a century, we’ll board penitentiary-style ships and evacuate Earth for a sexier planet. Let’s call it a middle-aged migration — we all saw this coming. It’ll be dour, and we’ll feel temporary guilt for all the trees we leveled, bombs we dropped, and oil refineries we taped for 1960s industrial films. Like any body post-divorce, our planet will develop defenses against its ex — us humans — so when Will Smith and son Jaden crash land on the crater it’s toxic to them, full of glorious beasts and free as the Amazon (because it was partly filmed there). Critically wounded General Raige (Will) has to direct physically incredible Kitai (Jaden) through the future’s most dangerous Ironman triathalon. It’s more than a Hollywood king guiding his prince through a life-or-death career obstacle course, it’s a too-aggressive metaphor for adolescence — something real-world Jaden may forfeit to work with dad. Call that the tragedy beneath After Earth: it makes you wonder why the family didn’t make a movie more like 1994’s The Lion King — they had to know that was an option. Director M. Night Shyamalan again courts the Last Airbender (2010) crowd with crazy CG fights and affecting father-son dynamics, but for once, Shyamalan is basically a hired gun here. The story comes straight from Papa Smith, and one gets the feeling the movie exists primarily to elevate Jaden’s rising star. (1:40) (Sara Maria Vizcarrondo)

Rebels with a Cause The huge string of parklands that have made Marin County a jewel of preserved California coastline might easily have become wall-to-wall development — just like the Peninsula — if not for the stubborn conservationists whose efforts are profiled in Nancy Kelly’s documentary. From Congressman Clem Miller — who died in a plane crash just after his Point Reyes National Seashore bill became a reality — to housewife Amy Meyer, who began championing the Golden Gate National Recreation Area because she “needed a project” to keep busy once her kids entered school, they’re testaments to the ability of citizen activism to arrest the seemingly unstoppable forces of money, power and political influence. Theirs is a hidden history of the Bay Area, and of what didn’t come to pass — numerous marinas, subdivisions, and other developments that would have made San Francisco and its surrounds into another Los Angeles. (1:12) Roxie. (Dennis Harvey)

Venus and Serena How do you compress the remarkable life and stunning career of one Williams sister into a doc that’s a shade over 90 minutes, much less fit both of their stories in there? Venus and Serena can’t do much more than offer an overview of the sports phenoms, shadowing both during what proved to be an unfortunately injury-plagued 2011 season. It also flashes back to chart the sisters’ rise from Compton-raised prodigies to Grand Slam-dominating forces of nature, and features glamorously-lit interviews with the women, a handful of their relatives, and famous admirers (with Anna Wintour stopping by to purr that they are “fashion gladiators and tennis gladiators”). Though directors Maiken Baird and Michelle Major don’t leave out the more controversial bits — the sisters’ feelings about their domineering father (their former coach); their on-court tantrums; their frank talk about religion, race, dealing with stress, etc. — the straightforward Venus and Serena lacks any stylistic flair, a shame considering how important style is to the sisters. It does offer a few unexpected off-the-cuff moments, however, as when a karaoke-obsessed Serena launches into “Hole Hearted,” by 1990s hair rockers Extreme, after a disappointing day at Wimbledon. (1:39) (Cheryl Eddy)

We Steal Secrets: The Story of WikiLeaks Call it the unenviable yet altogether fascinating task of the smartest moviemaker in the room: capturing the evasive, mercurial and fallible free-speech crusader Julian Assange and his younger church-going, trans-curious cohort Bradley Manning, all sans interviews with the paranoid former who’s in hiding and the guileless latter who was incarcerated without charges for a year by the military. Enron: The Smartest Guys in the Room (2005) documentary maker Alex Gibney seems to be just the guy to take on this project, pulling back the curtain on the transparency-first site, navigating the labyrinthine contradictions of a classic Internet-age antihero, and telling the previously untold story of the young man who tied himself to WikiLeaks’s, and Assange’s, fortunes. It starts out innocently (or not) enough, with Assange and his minuscule band of volunteers uploading and unleashing the still-shocking video footage of a Reuters news crew and their rescuers, mistaken for insurgents, being mowed down in a hailstorm of friendly fire by US forces in Iraq.

Assange’s notoriety and undoing comes with the arrival of a mass of easily shared government intelligence uploaded then passed along to him by computer wiz Private Manning in the biggest leak of state secrets in US history; the lonely analyst’s unexpected friendship with Sacramento hacker Adrian Lamo, who ultimately turns him in; and the rape charges that finally ensnare Assange in a web of lies, ironically, of his own making. Seemingly on the side of Assange, Net anarchists, and the free flow of information at the start of the saga, Gibney uses extensive interviews with (Bush-era) intelligence experts, Lamo, an Assange sexual-assault accuser, WikiLeaks supporters, and reporters; animation; and footage culled from journalists and likely anyone with a cellphone camera in shooting distance of Assange to tell this riveting story of good intentions and ego run amok, sidestepping the WikiLeaks poobah’s approval in a comprehensive, impassioned warts-and-all way that he even might appreciate. (2:10) (Kimberly Chun)