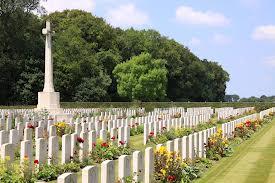 I don’t find myself in agreement with military leaders that often, but Lt. General Karl Eikenberry and historian David M. Kennedy have a fascinating piece in the New York Times that I have to say makes a lot of sense.

I was in college when Jimmy Carter brought back draft registration, and we all went batshit: We were just a half-step behind the Vietnam Generation, and I had friends and relatives who faced geting drafted (and the very high likelihood of being sent to die in the jungles in an utterly pointless war) and the notion of “the draft” was repugnant. We protested; we formed collectives; we met late into the night and organized. Nobody outside of the college campuses paid much attention.

That’s because it was pretty clear to political leaders that, registration or no, there wasn’t going to be a return to the draft anytime soon. Congress is happy with the all-volunteer Army: It guarantees that most recruits will be poor people, that very few sons and daughters of the wealthy and powerful (or the members of Congress) will ever have to go to war, and that the upper-middle classes will feel no pain whatsoever when other people’s children become cannon fodder.

If every young American risked getting drafted to go to Iraq, that war might never have happened — and certainly wouldn’t have lasted as long. The general notes:

The Congressional Research Service has documented 144 military deployments in the 40 years since adoption of the all-voluntary force in 1973, compared with 19 in the 27-year period of the Selective Service draft following World War II — an increase in reliance on military force traceable in no small part to the distance that has come to separate the civil and military sectors. The modern force presents presidents with a moral hazard, making it easier for them to resort to arms with little concern for the economic consequences or political accountability. Meanwhile, Americans are happy to thank the volunteer soldiers who make it possible for them not to serve, and deem it is somehow unpatriotic to call their armed forces to task when things go awry.

The officer corps is made up, to a significant extent, of sons and daughters of military officers, making war a “family business.” The rest of the nation is insulated — both from the experience of military service and the impacts of deployments.

I’m not (exactly) in favor of mandatory military service for all (although it would have a huge impact on Washington’s desire to use force every time there’s a foreign policy issue), but I like what Eikenberry says, not only about the draft but about the cost of war:

Congress should also insist that wars be paid for in real time. Levying special taxes, rather than borrowing, to finance “special appropriations” would compel the body politic to bear the fiscal burden — and encourage citizens to consider war-making a political choice they were involved in, not a fait accompli they must accept.

A military that operates outside of the civilian world isn’t good for the country. A civilian population that sees war as an abstract problem happening somewhere else in the world involving someone else’s family isn’t good, either.

So yeah, here I am agreeing with a three-star. Enjoy it; that doesn’t happen often.