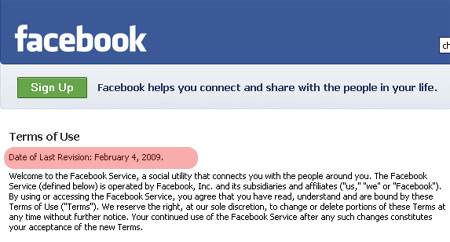 UPDATED Today I got banned from posting on Facebook and I don’t know why, but it has left me feeling very unsettled about this brave new world we find ourselves in, one where a few large technology corporations have ever more power over our lives and liberties.

I’ve been a full-time newspaper journalist for almost 22 years, and this is the first time I’ve been censored. Facebook has managed to do something that the government agencies I’ve critically covered could never dream of doing, shut me up, and it did so without even having to explain why or face any accountability for how it uses the power it wields.

Here’s what I do know: Yesterday, I was notified by Facebook that some piece of content on the page I created two years ago for my book, The Tribes of Burning Man, had been flagged for violating its terms of services, specifically the ban on bullying. That was very strange because the page has been fairly dormant for months, and when I reviewed all the posts, I didn’t see anything that might even vaguely be considered bullying. Shameless self promotion? Sure. Links to stories that had sometimes critical coverage of Black Rock City LLC. Yeah. But there wasn’t even any harsh language or communications targetted at any individuals, let alone bullying.

Facebook didn’t indicate which post had been flagged, it just let me hit an “appeal” button, which I did. Then today, Facebook notified me that my “appeal” — a strange label for a process that didn’t allow me to make arguments or even know what I was defending — had been denied, my page removed, and that my personal posting privileges were suspended for 12 hours while I review Facebook’s terms of service.

The list of suspects who might want to sabotage me is a long one, considering the work I do and particularly my recent critical coverage of the technology industry, including venture capitalist Ron Conway’s cozy relationship with Mayor Ed Lee and the tax breaks that have been given to Twitter, Zynga, Airbnb, and other tech corporations. Or maybe it was someone in the Burning Man world unhappy with how I’ve covered the leadership of that event, a subject that I’ve returned to recently for a story in next week’s paper.

Who knows? All I know for sure is that I’ve been cut off from a communications medium that has made itself increasingly central to our lives through its ubiquity and the strategic partnerships it has made with a wide variety of other corporations that offer essential services such as transportation, housing, business development, and access to job opportunities and government officials.

But I’m going to spend some time this week trying to get to the bottom of this, and I’ll let you know what I learn — as well as offering some thoughts on what it means to have unaccountable corporations mediating our social, professional, and civic interactions with little regulatory oversight — in next week’s paper.

UPDATE 5/30 11am: This morning, just as I was preparing to head down to the Facebook headquarters in Menlo Park, my Tribes of Burning Man page reappeared without explanation. Still no replies from Facebook, neither to my user inquiry nor my journalistic contact, but I decide to delay by trip down the peninsula by a day to see whether I hear back. Stay tuned…

UPDATE 5/30 11:45AM: After a second email inquiry to the Facebook press office, in which I said that I planned to show up at its headquarters with a videographer tomorrow if I didn’t hear from someone today, I got this response (I’m still waiting to hear back with answers to the many follow-up questions this raises): “We made a mistake removing content, and have restored it. Our dedicated User Operations Team reviews millions of pieces of this content a day to help keep Facebook safe for our nearly billion users. Our policies are enforced by a team of reviewers in several offices across the globe. This team looks at hundreds of thousands of reports every week, and as you might expect, occasionally, we make a mistake and remove a piece of content we shouldn’t have. Sorry again.”