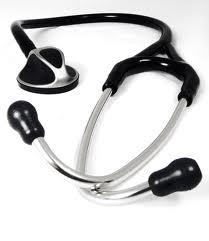 The good news, as supporters of the president have been happy to point out, is that the insurance figures the state has released for the Obamacare benefits plans aren’t really that awful. The naysayers were wrong; the Affordable Care Act almost seems …. affordable. Gee, a 40-year-old single person could get basic insurance for $332 a month.

Which is true, but younger, single people have always had better rates. I went to the calculator to see what I would have to pay to cover myself and my two kids, and it was closer to $1,000 a month. And that’s for a plan that includes a $2,000 deductible, $250 emergency-room co-pays and $45 primary-care co-pays. Not all that “affordable” — unless your kids never, say, get injured playing football or doing gymnastics, and you never break your hand doing martial arts, and you never need surgery. In other words, not so fine for my family (or most families).

And that’s the first year out; rates are going to keep going up. In theory, if the insurers raise rates more than 10 percent a year, they’ll have to justify the increases — but you know that’s not going to be a problem at the federal level. And 10 percent a year for a few years makes even the low-end plans too expensive for most people.

Yes, there are subsidies for low-income people, and that’s the best part of this plan — but either those will have to go up every year to match the rate hikes or everyone’s going to be hurting.

Here’s the problem: The feds have mandated everyone gets insurance — but California doesn’t have the right to regulate rates. And the rates aren’t regulated in Washington.

Remember what happened in California when the state (quite properly) mandated in the early 1980s that everyone with a car buy insurance — but then did nothing to control rates? Insurance companies made a fortune, and consumers got screwed, until Prop. 103 passed.

Now it’s pretty clear that we need the same thing for health insurance. That’s what Consumer Watchdog is pushing for — and once the real sticker shock hits, this initiative’s going to pass, just as Prop. 103 did.