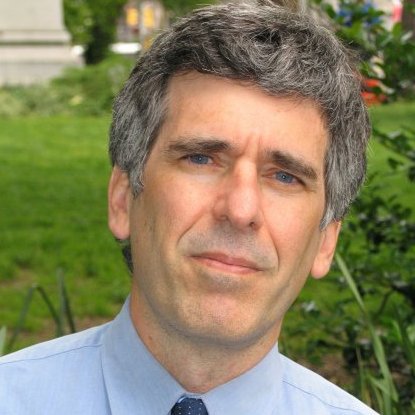 By Norman Solomon
Norman Solomon is co-founder of RootsAction.org and founding director of the Institute for Public Accuracy. His books include “War Made Easy: How Presidents and Pundits Keep Spinning Us to Death.” He writes the Political Culture 2013 column.

The president’s new choices for Commerce secretary and FCC chair underscore how far down the rabbit hole his populist conceits have tumbled. Yet the Obama rhetoric about standing up for working people against “special interests” is as profuse as ever. Would you care for a spot of Kool-Aid at the Mad Hatter’s tea party?

Of course the Republican economic program is worse, and President Romney’s policies would have been even more corporate-driven. That doesn’t in the slightest make acceptable what Obama is doing. His latest high-level appointments — boosting corporate power and shafting the public — are despicable.

To nominate Penny Pritzker for secretary of Commerce is to throw in the towel for any pretense of integrity that could pass a laugh test. Pritzker is “a longtime political supporter and heavyweight fundraiser,” the Chicago Tribune reported with notable understatement last week, adding: “She is on the board of Hyatt Hotels Corp., which was founded by her family and has had rocky relations with labor unions, and she could face questions about the failure of a bank partly owned by her family. With a personal fortune estimated at $1.85 billion, Pritzker is listed by Forbes magazine among the 300 wealthiest Americans.”

A more blunt assessment came from journalist Dennis Bernstein: “Her pioneering sub-prime operations, out of Superior Bank in Chicago, specifically targeted poor and working class people of color across the country. She ended up crashing Superior for a billion-dollar cost to taxpayers, and creating a personal tragedy for the 1,400 people who lost their savings when the bank failed.” Pritzker, whose family controls Hyatt Regency Hotels, has a vile anti-union record.

The choice of Penny Pritzker to run the Commerce Department is a matched set with the simultaneous pick of Tom Wheeler — another mega-fundraiser for candidate Obama — to chair the Federal Communications Commission.

With crucial decisions on the near horizon at the FCC, the president’s nomination of Wheeler has dire implications for the future of the Internet, digital communications and democracy. For analysis, my colleagues at the Institute for Public Accuracy turned to the progressive former FCC commissioner Nicholas Johnson, who called the choice “bizarre.”

“There is no single independent regulatory commission that comes close to the impact of the FCC on every American’s life,” Johnson said. “That’s why Congress, in creating it, characterized its mission as serving ‘the public interest’ — an expression used throughout the Act.

But with countless billions of dollars at stake, the corporate fix was in. As Johnson pointed out, “Wheeler’s background is as a trade association representative for companies appearing before the Commission, a lobbyist in Congress for other FCC customers, and a venture capitalist investing in and profiting from others whose requests he’ll have to pass on. He has no record, of which I am aware, of challenging corporate abuse of power on behalf of consumers and the poor.”

But wait. There’s more. “Nor does Wheeler’s membership on the president’s Intelligence Advisory Board bode well for those who believe Americans’ Fourth Amendment privacy rights should be getting at least as much attention as the government’s perceived need to engage in even more secret snooping.”

To urge senators to reject the nominations of Pritzker and Wheeler, click here.

Meanwhile, at the Securities and Exchange Commission, Obama’s recent appointment of Wall Street insider Mary Jo White as SEC chair is playing out in predictable fashion. Days ago, in an editorial, the New York Times faulted her role in an SEC decision on regulating the huge derivatives market: “Last week, in her first commission vote, Ms. White led the commissioners in approving a proposal that, if finalized, could leave investors and taxpayers exposed to the ravages of reckless bank trading.”

We need to ask ourselves how the forces of corporate capitalism have gained so much power over government, to the extreme detriment of people who aren’t rich. Humpty Dumpty’s brief dialectical exchange with Alice is on point

“When I use a word,” Humpty Dumpty said, “it means just what I choose it to mean — neither more nor less.”

Denunciations and protests against the dominant power structure are essential. And insufficient. For the body politic and the potential of democracy, accommodating to the Democratic Party leadership is a deathly prescription. So is failure to fight for electoral power by challenging that leadership, fielding genuinely progressive candidates and organizing to win.

(The Bruce Blog is written and edited by Bruce B. Brugmann, editor at large of the San Francisco Bay Guardian, and co-founder and editor and co-publisher with his wife Jean of the Bay Guardian, 1966-2012, now retired.)