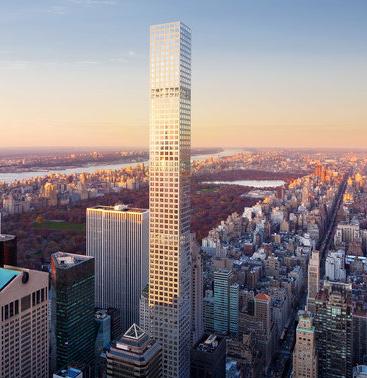 When San Francisco looks at building ultra-luxury housing — places like 8 Washington — and some city officials and “experts” say it’s going to help meet the housing needs of the city, we ought to look at what’s happening in Manhattan. There, high-end housing is being flooded with people who don’t live in Manhattan, won’t live in Manhattan, and will at best hang out there a few weeks a year.

Only 10 floors have been completed in what is intended to be the tallest residential building in the Western Hemisphere — a slender, 84-story tower on Park Avenue at 56th Street in Manhattan. But the top penthouse is already under contract for $95 million. Other buyers have snapped up apartments on lower floors for prices that are almost as breathtaking. While their identities are not known, it is likely that many are the rootless superrich: Russian metals barons, Latin American tycoons, Arab sheiks and Asian billionaires.

Why does that matter? Other than the fact that, according to developers, “Only about a quarter of the units will be occupied at any one time,” which doesn’t make for street life, community or even much in the way of economic benefits? Here’s the problem:

The growth in high-end projects in Manhattan comes as housing for the working and middle class is in increasingly short supply in the city. These buildings are proving so profitable that they are warping the local real-estate market, making it more difficult to put up more-affordable housing.

Developers have long complained that the prices of land, construction materials and labor are high in New York, even if they are somewhat less expensive than in London or Hong Kong.

But builders of ultraluxury apartments have much more latitude on costs because they are securing spectacular prices for their projects.

As a result, the luxury building trend is driving up the overall cost of land in the city. Several developers maintained that they could build moderately priced housing only if they could get significant tax breaks.

Sound familiar? There is, one New York architects say, “only two markets, ultraluxury and subsidized housing.” San Francisco is also an international city, and prices here are even better than New York. So don’t be surprised if, in a city that doesn’t seem a bit concerned about how much new housing costs or who the buildings are designed for, we reach Manhattan-like levels of insanity.