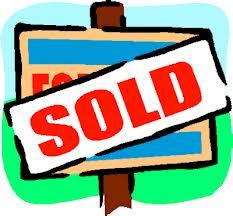 It’s been a long, long time since anyone said that traffic is terrific. When there are too many cars on the road, it’s considered bad, not healthy — even if the boom in single-occupant auto travel is a sign of a recovering economy and lots of job creation.

So why do newspaper reports still talk about a “positive market trend” when home prices reach levels that no middle-class people can ever afford? Why does the Chronicle run a quote like this …

Steve Berkowitz, CEO of online listing company Move Inc., said the region “is seeing a real stabilization and a really positive market trend. There is a very solid market in all the Bay Area counties.”

… without any indication that soaring housing prices are bad for most people who want to live in the area, bad for businesses, particularly small businesses, that have trouble paying employees enough to afford to live near where they work, bad for the environment (when people have to move further and further from their jobs to find affordable housing) and generally bad for the region?

Yes, it’s good to see that people who were underwater on their homes are getting back into the black. But for the most part, what we’re seeing is the affordability of homes soar way beyond the reach of the vast majority of people who work in San Francisco. That’s not “terrific.” That’s terrifying.