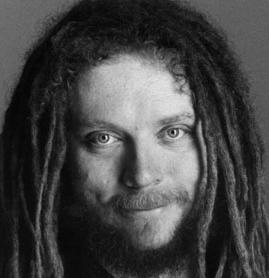 Jaron Lanier isn’t a Luddite. He can’t be dismissed as a crackpot, whiner critic who is jealous of the success of others. He virtually invented virtual reality; he was a tech guru when most of today’s tech titans were still in diapers. So when he says that the Internet is destroying the middle class, maybe everyone ought to stop for a second and listen.

Okay, as I’ve said before: The Internet didn’t destroy San Francisco. Technology is a tool; it can be used in good ways and bad ways, and its impacts on society, particularly on the poor, can be mitigated by government action (or greatly worsened by inaction).

But Lanier is concerned that the business boom that has been created by high tech has made social inequality worse and is wiping out the middle class that is so essential to a stable country. He talks about how Kodak had 140,000 workers, many of them middle class, and Instagram has 13:

You have this intense concentration of the formal benefits, and that winner-take-all feeling is not just for the people who are on the computers but also from the people who are using them. So there’s this tiny token number of people who will get by from using YouTube or Kickstarter, and everybody else lives on hope. There’s not a middle-class hump. It’s an all-or-nothing society.

More important, the youth-driven culture of the current economic boom ignores that fact that some people are old, and have families, and get sick and disabled, and need a kind of stability that our current march of “disruptive” capitalism is destroying:

We don’t realize that our society and our democracy ultimately rest on the stability of middle-class jobs. When I talk to libertarians and socialists, they have this weird belief that everybody’s this abstract robot that won’t ever get sick or have kids or get old. It’s like everybody’s this eternal freelancer who can afford downtime and can self-fund until they find their magic moment or something.

And Lanier IS a guy who can afford downtime and self-fund. But he’s also 53, and has a little more perspective on life. He recognizes that the middle class has always had, and needs, some sort of public-sector support, whether it’s through tax policy or education or job creation, particularly in unstable economic times. It’s fine for capitalism to be disruptive — as long as there’s a safety net to make sure that all the people disrupted out of their livelihoods aren’t disrupted out of their homes.

Young people, Googlers, Facebookians, Twitterati: Maybe you should listen to your elders.