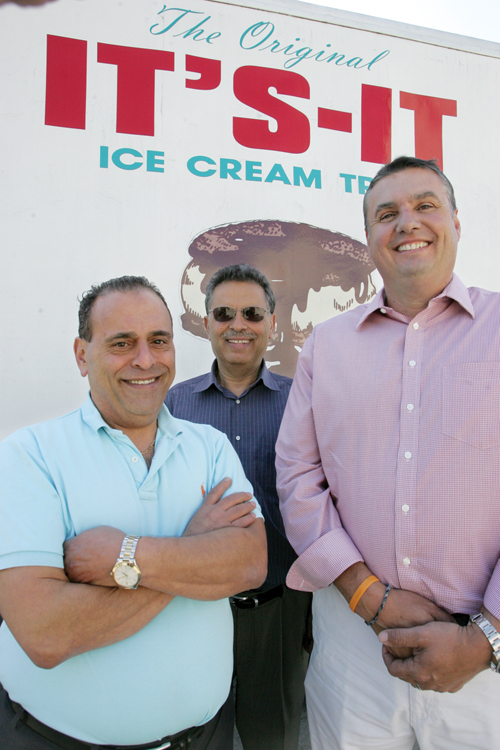 What’s been San Francisco’s go-to cold ‘n creamy treat for the past 85 years? No, its not Dianne Feinstein. It’s It’s-It, that native warm weather snack, created on a deliciously fateful day in 1928 when George Whitney squished a scoop of vanilla ice cream between two big oatmeal cookies and dipped the resulting sandwich into dark chocolate. For more than four decades, Whitney sold his It’s-Its at Playland-at-the-Beach, until that legendary local amusement park was demolished in the 1970s. Fortune intervened, and the brand was reinvigorated — soon to travel beyond the Bay, throughout California, and into pretty much every western state, spreading yumminess up and down the coast.

The Shamieh family now operates It’s-It (the company, based in Burlingame, is headed by Charles Shamieh) and continues to uphold the tasty tradition of “the official food of San Francisco.” (Take that, cioppino!)

“Sure it’s always a tough to be the little guy — when you’ve got your Nestles and your Unilevers out there as competition,” vice president of sales Jim Shamieh told us. “But we have an amazing built-in fan base that includes parents, grandparents, great-grandparents … it’s the best kind of loyalty. And we keep it current by introducing different flavors.” (Those flavors include the Big Daddy — a “chunk of ice cream between two chocolate wafers” — and the Super Sundae, an ice cream dipped in dark chocolate and rolled in roasted peanuts). “And we distribute to Denver, Seattle, Portland … pretty much everywhere this side of the Rocky Mountains.” Sweet.