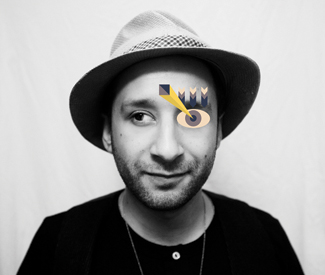 SUPER EGO It’s been half a minute since I poked my stilettos through an extra-large Target bag and pulled it up to make an evening gown for hitting the town. I only have one sinus left over from the ’90s, so I have to pace my nightlife, ha AS IF. But lately sometimes it’s all like, “where’d everybody go?” when I go out. SF is definitely undergoing another of its periodic freak drains (although much wild unicorn magik still remains, as the Odyssey party proved last weekend).

In 1999 everyone was moving to NYC, in 2003 it was Portland, in 2007 it was Berlin, and now everyone’s either moving to Oakland or LA or beyond. Soon as I manage to turn around without falling down, someone’s gone: beloved DJ bear Claude VonStroke, party maniac Sleazemore, phantasmagoric art star boychild, radical queer activist Michael Lorin Friedman, future Ms. Drag Mess Universe Ambrosia Salad, almost all my tricks I didn’t want to leave…

Yes, it’s the economy, rising rents, influx of drones, lack of jobs or diversity or artistic opportunity, the outrageous wish to not live in a pantry with five other crazies. Also some people seem to think they want professional careers? What is this, “Star Search”?

Well, here’s another story of a beloved someone moving on — but unlike many others, this one’s a happy one (although it may reflect on just how high you can go in this town when it comes to dance music). “No, I’m not really afraid that once I move out of SF I won’t be able to afford moving back,” As You Like It crew resident and sweetest person ever DJ Briski, a.k.a. Brian Bejarano told me over the phone. “Someone will have a floor for me to crash on, and I’ve got family in Pacifica.” That’s where Briski grew up, but he spent a formative period raving in the UK in 2006, which cemented his transition from a psychedelic rock and punk fan to a deeper house sound. Minimal techno was breaking hard back then, but Briski cut his rave teeth at Back to Basics, the infamously gonzo darker-funk night in Leeds (now the longest running weekly in the world).

His signature groove is deep and somewhat tense, almost playfully post-punk — he’s great at ’80s rarities, too — and very consciously indebted to Bay psychedelic house legends the Wicked crew. In fact, his last gig here will be playing back to back with Wicked’s Jenö at the next As You Like It party, Fri/17 at Mighty.

Briski’s off to become the tour manager for one of tech-house’s biggies, Maceo Plex, who has basically achieved pop star status in Europe, and is now based in Barcelona. Briski met the Cuban-born Maceo in Dallas a few years ago, and grew close. “My girlfriend Mariesa [Stevens, also moving], became Maceo’s agent a few years back and we’ve been like a little rave family ever since. Our musical styles are very different, but I’ll be opening for him in some places, and have access to his studio and record label to continue developing my music.”

The only fear Briski has, really, is the fact that he doesn’t know Spanish (despite his family’s Nicaraguan roots). “I grew up here, and I know San Francisco will always be San Francisco, despite whatever changes come. You can still make the life you want here, and go as far as you can go with it. The dance scene is all about family and support — not just my crew, but everyone involved. It’s the true spirit of the city, and that will never die.”

Christian Marclay’s incredible round-the-clock collage of realtime film moments is one of the hottest nightlife events going — it plays 24-hours at the SF MOMA on Saturdays. You’ll need to get there two-and-a-half hours early to catch midnight, but the wait dies down for 4am, so maybe go then.

The SF-based major player on the moody, post-dubstep R&B-sample scene has knocked up an impressive array of hits and a big following. I was more impressed by his recent classic two-step mix, which showed he really knew his sound’s historical progression. With xxxy, Clicks & Whistles, Matrixxman.

Oh look, it’s goofball bass papa Claude VonStroke back in town to play with his wily gang of bass-keteers, including Justin Martin, Leroy Peppers (a.k.a. Christian Martin), and one of my favorites J. Phlip, who just returned from Berlin.

Sonic sculpting with premium put on a dark bass edge from this Berlin-via-Britain dub minimalist: “expansive banging” is a term that comes up alot, which sounds just fine. With Gerd Jansen and the Icee Hot crew.