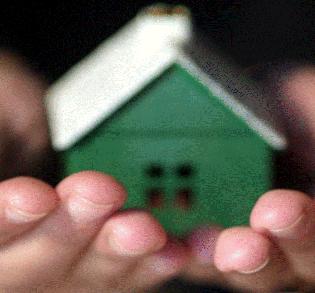 I shouldn’t even bother to talk about this, because all it will do is stir up the trolls, but I’m getting sick of all the talk about rent control being a source of San Francisco’s housing problem. The latest is an editorial in the Business Times, which I buy to read J.K. Dineen’s stories about commercial real-estate, among other things. I should treat it like the Wall Street Journal; nobody takes the Journal’s editorial page seriously.

But the BT is just putting in print the argument that I’m hearing from the neo-libertarians who seem to be more and more populous in this town. And it goes like this:

Rent control distorts the market, which should be controlled by supply and demand. When you have rent control, evil tenants can stay in one place a really long time, thus “reducing urban vitality by discouraging mobility.” They can save their money for something other than rent. And it’s deeply unfair to landlords, because, as the BT notes:

By artificially limiting the return a building’s owner can generate on his investment, it discourages him from spending to maintain or upgrade the city’s housing stock. Rent increases are ordained not by supply and demand but by the city’s rent board. Legally, controlled rents can only go up each year by a fraction of the inflation rate. The ability to recoup costs of improvement or maintenance are also tightly curtailed. Costs are subject to no such limitations, so generally as a rent-controlled landlord, the longer you do it, the further behind you get.

Actually, rents go up by the percentage of the inflation rate that’s due to housing. The ability to recoup maintenance costs are not “tightly curtailed.” But more important, this notion that landlords “get further behind” because they can’t raise the rent assumes that most landlords — and their bankers — are idiots.

When you buy a piece of rental property, you typically have to prove to the bank that the rental income from the place is adequate to cover the mortgage, the taxes, the insurance, and upkeep, the same way a person buying a home has to prove that he or she has adequate income to pay the costs. When banks make loans the borrowers can’t repay, you get the mortgage crisis we’ve seen — but most of those units were single-family homes.

If I buy a rental property, the rent that’s coming in TODAY is matched with the price I’m paying TODAY. If the rents are too low to cover the cost, I have no business buying the place. And the bank has no business loaning me the money.

Now: Under Prop. 13, your property taxes can’t go up by much more than the rent goes up each year. And if you aren’t a speculative gambler (if you are, you have no rights anyway), you almost certainly have a fixed-rate mortgage. So your biggest “costs” are just as constrained as the rents you get. Meanwhile, your property continues to appreciate in value as the tenants pay your mortgage and taxes.

I know a lot of landlords in San Francisco, and the honest ones all say that owning rental property is a great deal — for the owner. There are probably some poor landlords who either (a) made bad business decisions or (b) were subject to some awful disaster and now find themselves unable to make ends meet. But they are not common.

Real, effective rent control would include limits on rent increases when a property becomes vacant. Berkeley had that in the 1980s. It didn’t cause urban blight or landlords abandoning buildings; instead, it helped create the Gourmet Ghetto and a thriving local business scene because tenants had more money to spend. It was a great success, until the state outlawed it.

Rent control is, I will admit, bad for people who see housing as a speculative commodity, to be traded with little regard for its function as a basic human right. But I see housing more as a regulated utility — private owners have the right to a regular, acceptable return on investment, but not to excessive profits. Tenants have the right to live in the same place their entire lives, as long as they pay the (stable) rent and don’t become a nuisance.

These are good things for a city. The only problem with San Francisco rent control is that it isn’t strong enough.

Attack me, trolls. Or better, make a civil counter-argument that doesn’t start with “The problem with Tim is ….” Cuz we all know about my problems.