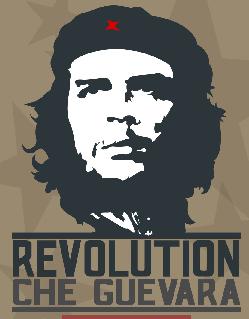 Man, I’m getting old. When I was growing up, in the 1960s, and even when I was in college in the 1970s, and when I was first in San Francisco in the early 1980s, the only ones talking about “armed revolution” were the commies. The system was coming down, fast; the Black Panthers marched around with rifles. The RCP and the Weather Underground and a bunch of other offshoots and fringe groups talked about fighting in the streets. Mick Jagger once sang “hey, think the time is right for violent revolution,” tho Mick was living in a posh condo in Manhattan and dating supermodels and building the first band ever to gross a billion dollars in sales.

Now nobody on the left talks about revolution much any more; it’s the folks on the far right — and, alarmingly, nearly half of the Republicans in this country — who say that “armed revolution might be necessary in order to protect our liberties.” The poll is a bit scary — 18 percent of Democrats even agree that it’s going to be time to pull out the assault rifles and have at the Gummint.

I wonder how this breaks down by age, and how much of it is (not-so) subtle racism aimed at the first Black president. Probably most of it comes from the gun nuts who think Obama is going to take away their weapons. But Jeez: “Armed revolution?” That’s so 1968.