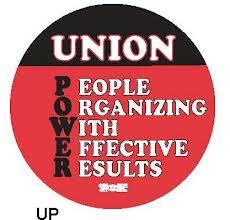 Big-business and conservative interests have been trying to years to find a way to undermine the political clout of organized labor, particularly unions like the teachers and nurses, who have played a huge role in progressive campaigns. And now there’s a new tactic.

The anti-union folks have gone to court to try to do what they haven’t been able to do in the legislative arena: take away the ability of public-employee unions to use membership dues for political campaigns:

In a scarcely-noticed lawsuit filed Monday in federal district court in Los Angeles, a conservative nonprofit, the Center for Individual Rights, claims that California’s system for collecting union dues from government employees abridges free speech safeguards by compelling employees to subsidize union political advocacy and activities with which they disagree.

Peter Scheer, who runs the California First Amendment Coalition, notes that current law is on the side of the unions — but five Supreme Court justices have been critical of the prevailing case law.

And if they prevail? Public employee unions, not just in California but across the country, would lose the bulk of their dues funding-and with it, the ability to wield decisive political influence in state and local governments everywhere. That is a big deal.

Yep. It’s a big deal. It could do what corporate America has been trying to do for years — eliminate the one remaining power base with the money to challenge right-wing efforts. If this gets all the way to the Supremes, it will be a few years away, but we need to keep an eye on it.