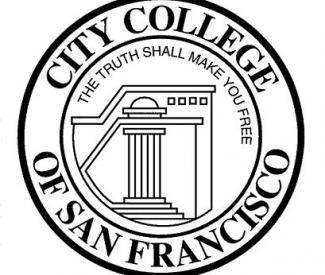 The language of the 260-page complaint is harsh:

The Commission has violated nearly every Federal regulation which guides it, disregards its own policies, misrepresents
its actions or legal requirements, fails to respect the law and public policy of the State,violates Federal common law due process and California common law fir procedure, and acts arbitrarily, capaciously, unfairly and inconsistently in evaluating colleges and
districts throughout the State, thereby harming colleges, students, faculty and staff, boards of trustees and ultimately the People.

But in the end, union members on a conference call noted, the big issue is whether the ACCJC ought to be evaluating classroom instruction and offering constructive criticisms (which is what these panels have tended to do in the past) — or ought to be looking at overall college finances, including retirement costs and management structure.

For example, the ACCJC wants City College to pre-fund some of its retiree health-care benefits — diverting money that could be used right now in classrooms. “Accreditation agencies shouldn’t be looking at [those types of] finances,” union spokesperson Fred Glass said.

Alisa Messer, president of the Local 2121, said that the commission’s threat to withdraw accreditation from City College “has thrown the college into turmoil,” which is hardly news. Jim Mahler, president of the CFT Community College Council, took the broader view, saying that schools are now so afraid of the ACCJC that they’re spending disproportionate amounts of money and time just trying to please the agency.

CFT President Joshua Pechthalt said the goal of the legal filing was to get the ACCJC to withdraw its “show cause” order at City College — and the change the overall approach the accreditors are taking. “No other body operates like this,” he said. The Department of Education has to accredit the accreditors, and the ACCJC comes up for review this year — so in a sense, the unions want to put the oversight agency under the same type of scrutiny the schools are enduring.

So far, no response from ACCJC.

While we understand there is interest in obtaining information in this regard directly from the ACCJC,
the Commission will maintain its normal practice of reviewing third party comment and communicating
about that comment directly to the affected member institution. Further, complaints against the ACCJC
are treated formally, in accordance with policy; comment from the organization or its officers is limited
during this time.