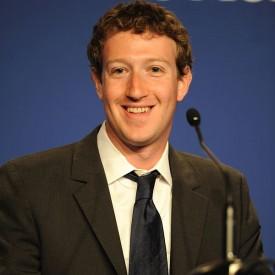 When people who don’t have a lot of experience in politics suddenly start throwing money around, dumb stuff happens. That’s what’s going on with Mark Zuckerberg and the ads he’s helping pay for that support the Keystone Pipeline.

See, politics is tricky. You want Republicans to vote for immigration reform, which is what Zuck is all about, so you give them money to help them fend of anti-immigrant challengers. But the consultants for the Republicans think the best way to spend that money is promoting the pipeline because: jobs, and it plays well in the district. So Zuckerberg, who is hardly a climate-change denier or a big promoter of oil imports, winds up paying for ads that embrass him.

I almost feel sorry for the guy. He wants to do something right (well, I hope what he wants is right, and not just more H1-B visas for educated tech workers he can hire) but he got caught in the maw that is national money-politics and the Republican party. And now, in an even greater embarassment, he’s banning ads on facebook that take issue with his issues.

He ought to just come forward and have an honest discussion about the problem: You can’t give money to Republicans to get them to support immigration reform without at the same time accepting and even advocating for some really evil shit, since that’s what most of the GOP agenda is these days. So how do you get those possible swing Republicans on board with immigration reform? Do you bother? Or do you try to get rid of the GOP majority in the House and put that money into swing-district Democrats?

It’s a valid discussion, and it’s silly that Zuckerberg is trying to shut it down.