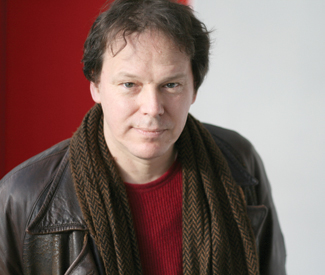 David Graeber is renowned among occupiers and idealists as an intellectual founder, or anti-leader as it were, of the Occupy Wall Street encampment that sprung up in Zucotti Park in the fall of 2011. He’s an organizer, an anarchist, a professor of anthropology and sociology at Goldsmiths University of London, a former instructor at Yale, and the author of several books, including Debt: The First 5,000 Years, a tome tracing the concept of debt back to the roots of Western civilization.

His latest book, The Democracy Project: A History, a Crisis, a Movement (Spiegel & Grau, 2013), chronicles the rise of Occupy, a leaderless economic justice movement Graeber unapologetically characterizes as a success. In honor of International Workers Day, May 1, the Bay Guardian caught up with him over coffee to talk about economic pressures facing today’s workers, particularly the young and marginalized.

Turns out, it’s not a pretty picture out there — but at least Graeber, who has a propensity to collapse into giggles between full throttle ruminations on the absurdity of global economic policy, has a sense of humor about it.

Below are some excerpts.

San Francisco Bay Guardian: Looking at the Occupy movement, the mainstream narrative seems to be that it was a short-lived, failed experiment and now it’s over. But in your book, you ask the question ‘why did it work?’

David Graeber: Let’s put it this way. When was the last time that the issue of social class was put at the center of American politics? Probably the 1930s. Social movements have been desperately trying to do this for 50, 60, 70 years and gotten nowhere. We managed to do it in three months. Um, that’s pretty impressive. … And I’m pretty sure that if it weren’t for us, we’d have a President Romney right now. That whole 47 percent thing? It would not have resonated had it not been for the 99 percent thing.

SFBG: Why do you think the idea of wealth inequality, of all issues, resonated so much?

DG: I think because there’s a basic change in the way capitalism works in America. It’s been going for some time, but it just became unmistakably apparent after 2008. People talk about the “financialization” of capitalism, and it sounds very abstract. Casino capitalism, speculation, they’re playing these games, they’re making money appear out of thin air, which is not entirely untrue. … It’s based on getting everybody into debt. The profits of Wall Street are — they now say a very small percentage is actually based on commerce — it’s now based on finance. But what does ‘based on finance’ actually mean? It means they go into your bank account and take your money.

I’ve been trying to figure out just what percentage of the average American’s income is simply extracted every month by the finance sector. …You count mortgages, you count credit card debt, loan debt, all the fees and penalties that you don’t notice… all that stuff put together comes to about 20 percent at least, and probably higher. For example, families that are in their early 30s, it’s often 40 percent. … I saw a poll the other day that said, for the first time since they’ve been taking statistics, a majority of Americans don’t consider themselves middle class. … And I think the reason for this is because it really never was an economic category. It has to do with how you feel you relate to basic institutions. What middle class first and foremost means is, if you see a policeman, do you feel safer, or do you feel less safe? … Then there’s more going on. For the first time, we found that there is incredible solidarity between students and workers, which have traditionally not been friends — go back to the 60s and it’s hard-hats beating up hippies. Now, the transit workers in New York are suing the police over taking their buses to arrest us [occupiers].

SFBG: How would you reflect on the economic condition that workers are facing, compared with how things were historically over the last several decades?

DG: It’s atrocious. One thing that’s happened is there’s been this disconnect between productivity and wages. This is kind of the deal they struck at the end of World War II in most of the North Atlantic countries: It used to be that you work harder, you produce more, you get a share of the profits. And that was worked out through mass unionization, it was worked out through negotiations, and it was tacit somewhat, but you know, it was understood.

Since the ’70s, that deal is off. So, productivity goes up, wages stay flat. So that’s why they say all profits have now gone to one percent of the population. So workers are working harder and harder, more and more hours, under more and more stress. …It’s all the more difficult because of education, because now it’s gotten to the point where if you don’t have a college degree, your chance of having any benefits at work is basically nil. If you want to have health care, you need to go to college. At the same time, if you want to go to college, you need to pay student loans. So you’re double damned. … You have all these people who are sort of trapped: I’d like to finish, I’m still going, I’ll take night classes — for five or ten years, while you have a working class job. So the line between the students and the proletariat blurs, and this is one of the reasons why the student loan issue actually spoke to people in unions.

And there’s also a shift in the type of work. Did you ever see the “We are the 99 percent” tumblr page? It was all these people talking about their jobs… their debts and difficult medical problems…. One of the things that fascinated me about that was that like 80 percent of the people on that page were women. …They were all doing something where the work was clearly to the benefit of someone else. And I think that those are the people who are the most screwed right now, ironically. The more obviously your work benefits other human beings, the less you’re paid.

SFBG: Going back to this idea of debt — your book [Debt: The First 5,000 Years] looks at debt through the ages of human history. I’m curious to hear your thoughts on debt as it relates to personal freedom.

DG: That’s one of the most pernicious things about the current debt regime in America. Being young is supposed to be a place where you can let your imagination run free and explore your sense of possibility. That’s what college used to be. In a sense, those students who are just out of college, I always call them post-students, they’re the kind of people who are activists, the kind of people who are thinking okay I’ll start a band, maybe I’ll be an artist. That’s where everything comes out of in a generation, where everything new and exciting emerges. What could be more stupid than taking all those people and turning them into debt peons? … I think of it like horror movies — what is it that’s so scary about monsters? It’s that they turn you into them, right? Vampires, werewolves. But you don’t get to be like the really cool super count vampire, you get to be a pathetic minion vampire, where you’re in debt for the rest of eternity, as a flunkie. In a way, that’s what’s scary about debt. It forces you to think like a capitalist, you have to think about money and profit all the time. But it’s even worse, because you’re a capitalist with no capital. It like totally destroys your ability to think of anything but money, and you don’t even have any money.

SFBG: Another thing we’re seeing increasingly is austerity measures and public sector spending cuts. What’s the root cause of these rollbacks, and what do you see as the most appropriate response from economic justice activists?

DG: I am in the peculiar situation at the moment that some members of the ruling class actually talk to me and even ask for my advice. Which, you know they’re in trouble if they’re talking to me, right? Part of the reason for that is that these guys are on a completely self-destructive course. I live in the UK most of the time. They’re going into a triple debt recession because of these austerity programs. Now what are you going to make of it? It has nothing to do with economics.

SFBG: So why is it happening?

DG: It’s moral. It’s political, and moral. Neoliberalism is not basically an economic ideology. It’s about politics … Always prioritize the political advantage over the economic advantage. Breaking unions, getting rid of job security, making people work more and more hours — that’s not economically efficient … So what does it do? Well, it’s the best thing you could possibly do if you want to depoliticize workers … The classic justifications for capitalism are harder and harder to maintain. … So what excuse do they have left? They can say, well, it’s the only thing that’s possible. Basically all they can do is hammer away at our imagination. The only alternative is this, or North Korea. And the amazing thing is that the only war they’ve won, is the war against the imagination.