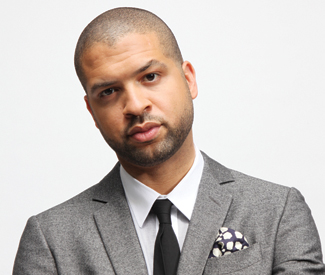 MUSIC Compared to the 1980s and early ’90s, it doesn’t seem like there are many places in this city to skate. There are always the hills and odd spots for the creative, but the few designated skateparks seem to be paltry peace offerings in proportion to the laws, security guards, and anti-grind hardware put in place to elsewhere restrict the activity. For a short time this week, the new SFJAZZ Center will be added to the small list of skate venues, with a pair of live skating performances accompanied by lauded improvisational pianist Jason Moran and his group Bandwagon.

It may seem an odd pairing, but one that has natural connections for the pianist. “San Francisco has always had an association with skateboarding for me,” Moran told me over the phone. “As a kid in the ’80s, our parents would visit SF from Houston, and my older brother and I would take our skateboards along. We weren’t super good, but we’d go down to EMB.” At that time — before merchants, property owners, and police worked to close it off — Embarcadero’s Justin Herman Plaza (or “EMB”) was an international destination for skaters who came as if it were their Mecca.

At its peak, those drawn to its concrete waves, challenging gaps, and tempting stairs could number in the hundreds (although how many were just there hoping to spot Mark Gonzales is unclear). For Moran, it left an imprint. “I think of it sort of like Minton’s Playhouse, which became known as the incubator for bebop. The kind of place where people would hang out, practice, exchange tips, and learn from each other.”

To be honest, when I first heard of the live skateboarding events SFJAZZ had planned, it struck me as an attempt to bring “low” culture into a “high” venue, the genre having increasingly entered into a museum-like curatorial setting, much like classical music. Something similar to what the Museum of Contemporary Art in LA had done under divisive director Jeffrey Deitch, with its “Art in the Streets” and planned (unplanned?) “Fire in the Disco” programs. As Artistic Advisor for Jazz at the Kennedy Center in Washington DC and a recipient of the MacArthur “genius grant” — an award which comes with a large, no strings attached monetary award and basically the suggestion of “keep doing what you’re doing” — Moran seems as much in the art world as he does the music. But it’s a position he’s aware of, addressing it head-on with his album Artist in Residence and the song “Break Down,” which riffs over a vocal track expressing a need to do exactly that to the art world (and barriers, the artist, the general public, society, misunderstanding, etc.).

As one of the first Resident Artistic Directors at SFJAZZ’s new center, Moran sees the opportunity get past these sort of dichotomies. “SFJAZZ is at a place where as a new establishment, they’re in a way positioned with more freedom, to try different things and attract a more diverse crowd and bring in a larger part of the community. Often institutions say that they want to do that, but really end up being this kind of elitist thing.” Moran’s stint includes at the center also includes a solo performance and a tribute to Fats Waller in the form of a dance party featuring Meshell Ndegeocello. Keeping with the populist ideal Moran said that, “at the Kennedy Center, where I also work, we did the Fats Waller party, and we just did it for free. It certainly brings out a different crowd. Four hundred people, whoever wants to come.” (It is, however, a paid event in SF.)

For the skating performance, Moran has partnered with FTC Skateboarding and Kent Uyehara’s Western Addition, a company that frequently adopts a jazz aesthetic in its videos and decks, the latter emblazoned with images of John Coltrane, Jaco Pastorius, or Mati Klarwein’s art for Miles Davis’ Bitches Brew. A custom half ramp is being built out in the Sunset, to be hauled into the SFJAZZ Center. Skateboarders including Adrian Williams, Alex Wolslagel, Dave Abair, Jake Johnson, and Ben Gore have been recruited. The only question is how well it will coalesce. There will be no rehearsal.

“I already know that the sound of the wheels, and the slap of the board, the quality of these sounds, for my band it’s something to work with. But as far as syncing up with them and making music that goes along perfectly, I’m not going to try and do that. It’s more about capturing the energy, and giving them support so they can sort of solo on top of it,” Moran said, also mentioning a desire to not necessarily cover but channel the spirit of bands like Suicidal Tendencies, more conventionally associated with skateboarding.

Moran’s confidence extends to the skaters, who he sees as improvisers as well. “There’s an understanding among skateboarders that’s similar to musicians, where you can see someone perform a trick or a move, and they make it look easy, and unless you’re at the level they are, or you watch a lot, you might not be able to perceive how difficult it is.” In this way the root is transcription, learning by observing, practicing, and applying. After that comes adapting, transposition. And that’s little more than a change in location.