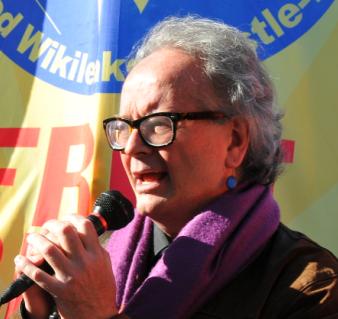 The whole Bradley Manning-Pride fiasco was such a clusterfuck that we’re starting to wonder whether the people who run the giant parade and festival can count, much less make a decision.

Here, as best as we can tell, is how it went down.

Every year, the Pride board selects a group of people as honorary parade grand marshalls. All the past recipients of that distinction — the “college” of former marshalls — get to pick on person for the list.
It’s never a very big issue.

Joey Cain, who served on the Pride board for ten years and is a former grand marshall, made some waves this time around by nominating Bradley Manning. And after the email went out, and the votes were counted (only perhaps 30 or so of the former poobahs bother to vote most years), it appeared that Manning was on top.

But no: According to a written chronology that Cain has prepared, “On Tuesday, April 23,  Michael Thurman from Bradley Manning Support Network called me to say that Bradley Manning had been chosen by the collage of former Pride grand marshals to be a Grand Marshal but that he was then contacted two hours later by Joshua Smith and told that the Pride Board of Directors had asked for an audit of the votes and as a result of the audit he had not been elected.”

So Cain started pushing back. “You don’t tell someone they’re a grand marshall and then pull it away,” he told me. “That’s just not right.” His plea to Board Chair Lisa Williams: Just use the power of the board to vote Manning back in.

“At 9:41 on Tuesday night, I got a call back from Lisa. She said they were going to do the right thing, make him a grand marshall, and make it all right,” Cain recalled.

The next day, the Bay Area Reporter released the full list of GMs, and Manning’s name was on the list. “It said he DID win the college vote,” Cain noted.

Cain called the Manning crew. “I told them that Pride would do the right thing, that they wouldn’t back down,” he said. “I’ve been on the board ten years, and we’ve never backed down.”

Ah, but the office was flooded with phone calls and emails, organized by a group of gay soldiers in San Diego, and the pressure got intense. And next thing you know, Williams had issued a blistering press release saying that Manning should never have been named a grand marshall and in effect accusing him of endangering the lives of service members, something even the Pentagon hasn’t actually said.

“I call it Manning-gate,” Cain said. “The cover up is always worse than the crime.”

And the fact that Williams isn’t talking to the press makes it all more confusing.

“The worst part is that I’m part of the anarchist community, and I’ve always been out there arguing in support of Pride,” Cain said. “Then this is like, holy fucking shit, they just proved everything I’ve been trying to disprove all these years.”