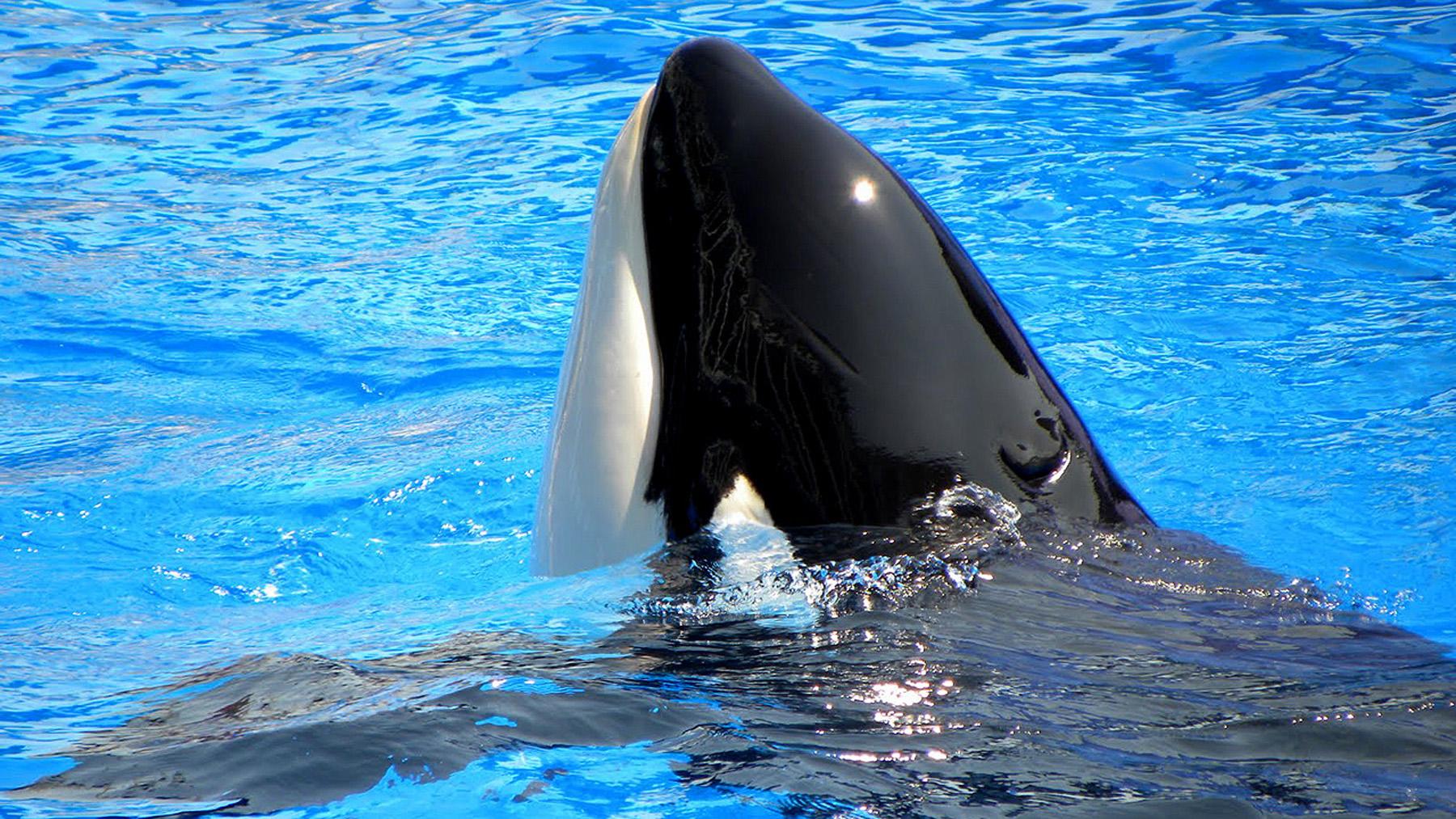 The San Francisco International Film Festival kicked off its 56th year last night; it continues through May 9 at venues around San Francisco and Berkeley. Read my take on standout docs here; Dennis Harvey’s appreciation of Finnish cinema here; and short takes by both of us (plus Kimberly Chun) here.

Meanwhile, down in Hollywood, Michael Bay’s musclebound latest opens today, along with a wedding comedy starring Robert De Niro, Diane Keaton, Susan Sarandon, and always-the-bride Amanda Seyfried. Reviews of both below, along with François Ozon’s new film, a martial-arts slo-mo-stravaganza, and, yes, even more.

Arthur Newman Colin Firth and Emily Blunt star in this tale of lost souls who find happiness after meeting on a road trip. (1:41)

The Big Wedding The wedding film has impacted our concepts of matrimony, fashion, and marital happiness more than all the textbooks in the world have affected our national testing average; but it’s with that margin of mediocrity I report from the theater trenches of The Big Wedding. With this, the wedding movie again peters to a crawl. Susan Sarandon (an actress I love with a loyalty beyond sense) is Bebe, the stepmother/caterer swept under the rug by the selfishness of her live in lover Don (De Niro), his ex-wife/baby momma Elle (Diane Keaton) and their racist wackjob future in-laws. When Don and Elle faced the end of their marriage, they tried to rekindle with a Columbian orphan. Cue Ben Barnes in brownface. Alejandro is set to wed Amanda Seyfried and when his mother ascends from Columbia for the wedding, he decides Don and Elle have to act like their marriage never ended … which makes Bebe a mistress. Surprise! A decade of caring selflessly for your lover’s kids has won you a super shitty wedding you still have to cater! To give you a sense of the conflict management on display, Bebe — the film’s graceful savior — drops a drink on Don before fleeing the scene in her Alfa Romeo; she’s the one character not determined to act out her more selfish urges in the style of an MTV reality show. Despite some less imaginative conflicts and degrading “solutions,” this blended family still speaks some truth about the endearing embarrassment of the happy family. (1:29) (Sara Maria Vizcarrondo)

In the House In François Ozon’s first feature since the whimsical 2010 Potiche, he returns somewhat to the playful suspense intrigue of 2003’s Swimming Pool, albeit with a very different tone and context. Fabrice Luchini plays a high school French literature teacher disillusioned by his students’ ever-shrinking articulacy. But he is intrigued by one boy’s surprisingly rich description of his stealth invasion into a classmate’s envied “perfect” family — with lusty interest directed at the “middle class curves” of the mother (Emmanuelle Seigner). As the boy Claude’s writings continue in their possibly fictive, possibly stalker-ish provocations, his teacher grows increasingly unsure whether he’s dealing with a precocious bourgeoise satirist or a literate budding sociopath — and ambivalent about his (and spouse Kristin Scott Thomas’ stressed gallery-curator’s) growing addiction to these artfully lurid possible exposé s of people he knows. And it escalates from there. Ozon is an expert filmmaker in nimble if not absolute peak form here, no doubt considerably helped by Juan Mayorga’s source play. It’s a smart mainstream entertainment that, had it been a Hollywood feature, would doubtless be proclaimed brilliant for its clever tricks and turns. (1:45) (Dennis Harvey)

Mud The latest from Jeff Nichols (2011’s Take Shelter) stars Matthew McConaughey as an escaped con who befriends two Arkansas boys while he’s on the run. (2:15)

Pain & Gain In mid-1995 members of what became known as the “Sun Gym Gang” — played here by Mark Wahlberg, Dwayne Johnson, and Anthony Mackie — were arrested for a series of crimes including kidnapping, extortion, and murder. Simply wanting to live large, they’d abducted one well-off man (Tony Shalhoub) months earlier, tortured him into signing over all his assets, and left him for dead — yet incredibly the Miami police thought the victim’s story was a tall tale, leaving the perps free until they’d burned through their moolah and sought other victims. Michael Bay’s cartoonish take on a pretty horrific saga repeatedly reminds us that it’s a true story, though the script plays fast and loose with many real-life details. (And strangely it downplays the role steroid abuse presumably played in a lot of very crazy behavior.) In a way, his bombastic style is well-suited to a grotesquely comic thriller about bungling bodybuilder criminals redundantly described here as “dumb stupid fucks.” There have been worse Bay movies, even if that’s like saying “This gas isn’t as toxic as the last one.” But despite the flirtations with satire of fitness culture, motivational gurus and so forth, his sense of humor stays on a loutish plane, complete with fag-bashing, a dwarf gag, and representation of Miami as basically one big siliconed titty bar. Nor can he pull off a turn toward black comedy that needs the superior intelligence of someone like the Coen Brothers or Soderbergh. As usual everything is overamped, the action sequences overblown, the whole thing overlong, and good actors made to overact. You’ve got to give cranky old Ed Harris credit: playing a private detective, he alone here refuses to be bullied into hamming it up. (2:00) (Dennis Harvey)

Simon Killer Antonio Campos — producer of 2011’s Martha Marcy May Marlene and director of 2008’s Afterschool — helms this dread-filled, urban-noir tale of the ultimate ugly American abroad. Smarting from a recent breakup, Simon (Brady Corbet) roams Paris’ seedier streets, composing letters to his ex in his head while blasting ironically cheerful pop songs in his headphones. But this is no twee tale of redemption: Simon is a sociopath, probably also a psychopath, and we soon fear for the willowy prostitute (Mati Diop of 2008’s 35 Shots of Rum) who is taken in by his manipulative charm. Campos has said that Simon is inspired by convicted murderer and Natalee Holloway suspect Joran van der Sloot, and Corbet’s coolly unnerving performance bears that out. The story, alas, is not nearly as compelling — even without a gold-hearted hooker it’d still hit too many predictable beats. (1:45) (Cheryl Eddy)

Tai Chi Hero Six months ago, Tai Chi Zero — Stephen Fung’s nutty tale of a martial arts savant who journeys to an isolated town to learn a top-secret technique — barreled into local theaters. A stylish kung fu flick with a high degree of WTF-ness, Zero ended on a pretty significant cliffhanger, so here’s the cheeky sequel for those who’ve been wondering what happened to Yang Lu Chan (Yuan Xiaochao) — a sweet fool when he’s not in supernatural Hulk-smash mode — and company. A brief intro gets newbies up to speed before the action starts: Lu Chan and the bossy-yet-comely daughter (Angelababy) of the local grandmaster (Tony Leung Ka Fai) have entered into a marriage of convenience — and there’s something fishy about Lu Chan’s brother-in-law, newly returned from a long exile with his own secretive bride. Meanwhile, the family worries about the dreadful “bronze bell prophecy” while the first film’s Westernized villian plots tasty revenge. In addition to all the high-flying, slo-mo scenes of hand-to-hand combat, highlights include a soundtrack filled with unexpected choices (heavy metal, accordion), a cameo by cult actor Peter Stormare (hamming it up big-time), and an army tricked out with steampunky weapons. (1:40) (Cheryl Eddy)