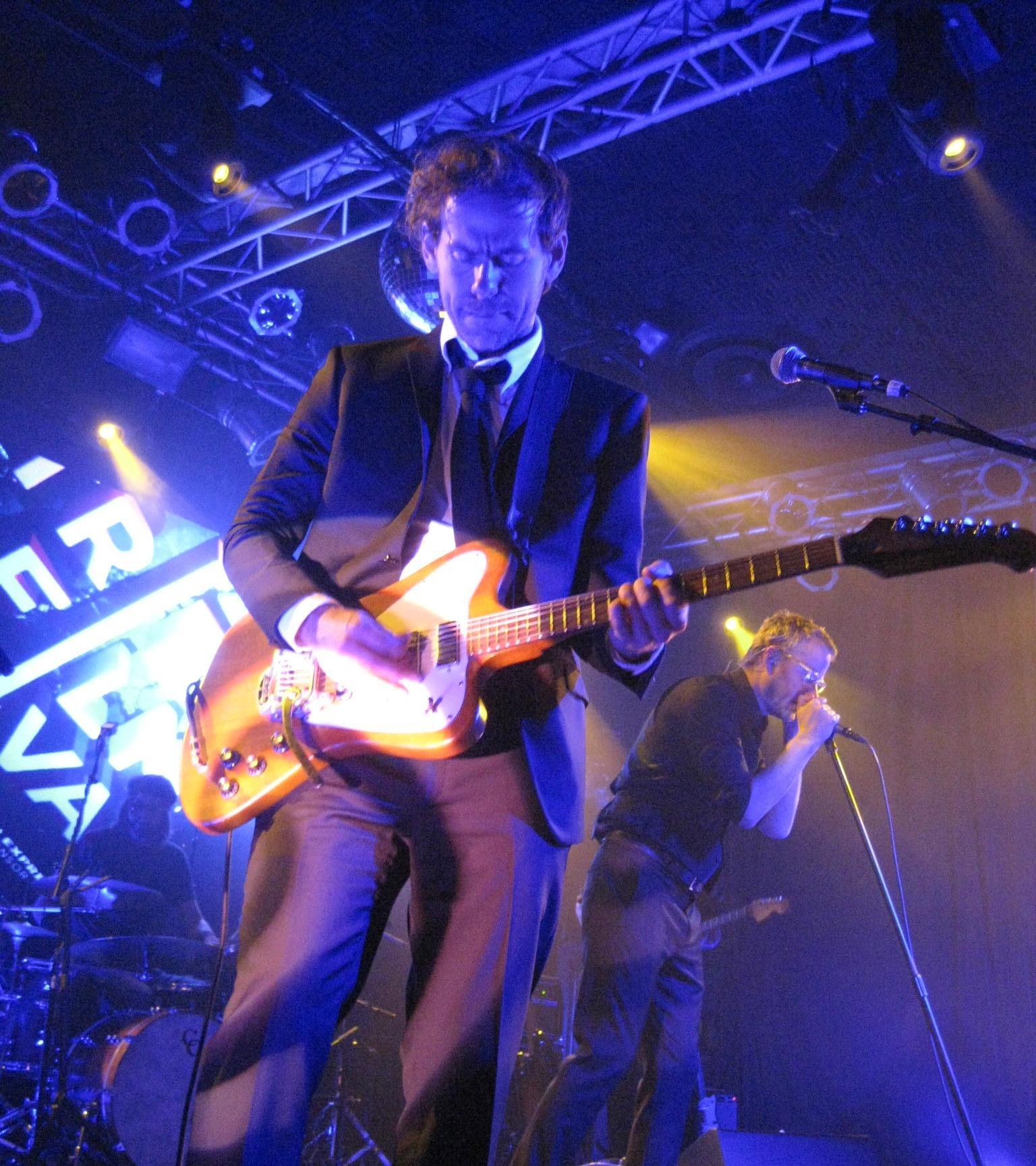 Ah, welcome to the land of Law and Order — and the Tribeca Film Festival —as Richard Belzer introduced the event’s opening night movie, Mistaken For Strangers, on April 17.

“As if Bob doesn’t have enough money with his American Express commercials …,” he drawled of festival founder Robert De Niro and its splashy sponsor. He went on to say that De Niro started Tribeca to bring people back to the neighborhood after 9/11, so it follows that this year’s fest is dedicated to those suffering the after-effects of the Boston Marathon bombings.

After a brief monosyllabic appearance by the Bob himself — it’s really not about him despite his presence on key red carpets; he quickly passed the spotlight to cofounder Jane Rosenthal — out came the grateful, guileless-looking Mistaken For Strangers director Tom Berninger, brother to the National vocalist Matt Berninger and the maker of the doc ostensibly about the band but a really about brotherly love, competition, and creation. Looking like a viking Zach Galifianakis and playing like a bumbling, hard-partying, apolitical Michael Moore in the film, Tom Berninger looked like he could not quite believe his incredible luck as he was joined on stage by the suited-up National, as well as his small crew, the latter thanked for editing down and “cleaning up this mess.”

And Mistaken for Strangers is certainly a fun, loving, and loveable mess. National fanboys (and fangirls) will love this sidelong glance into the group and the indie rock life as it stands with its endless tours of Europe, its riders, its moments of tedium and instances of performative ecstasy. But likely more — perhaps future National fans — will get this family yarn about intertwined sibling support and rivalry, spinning off a somewhat genius conceit of brother vs. brother since the combo is composed of two sets of siblings: twins Aaron and Bryce Dessner on guitars and Scott and Bryan Devendorf on bass and drums respectively. The obvious question — what of singer Matt and his missing broheim?

Turns out little bro Tom is one of those rock fans — of metal and not, it seems, the National — more interested in living the life and drinking the brewskis than making the music. So when Matt reaches out to Tom, adrift in their hometown of Cincinnati, to work as a roadie for the outfit, it’s a handout, sure, but also a way for the two to spend time together and bond.

A not-quite-realized moviemaker who’s tried to make his own z-budge scary flicks but never seems to finish much, Tom decides to document, and in the process gently poke fun at, the band (a.k.a. his authority-figures-slash-employers), which turns out to be much more interesting than gathering their deli platters and Toblerone. The National’s aesthetic isn’t quite his cup of tea: they prefer to wrap themselves in slinky black suits like Nick Cave’s pickup band, and the soft-spoken Matt tends to perpetually stroll about with a glass of white wine or bubbly in hand when he isn’t bursting into OTT, albeit elegant, fourth-wall-busting high jinks on stage.

Proud of his sib yet also intimidated by the National’s fame and not a little envious of the photo shoots, the Obama meetings, and the like, Tom is all about having fun — at one point, while he tries to commune with bearded, long-haired drummer Bryan Devendorf via praise: “You’re more metal, and they’re more coffeehouse.” But it’s not a case of us vs. them, Tom vs. Matt, he discovers, but a matter of connecting with family and oneself. In, again, a Michael Moore-ian sense, the sweet-tempered Mistaken for Strangers is as much, if not more so, about the filmmaker and the journey to make the movie than the supposed subject.

After the screening, the audience got a sampling of what the National does so well — well-timed to the movie’s premiere and the May 20 release of their next album, Trouble Will Find Me (4AD) — with a performance, just a quick subway ride uptown, at Highline Ballroom. Opening out of the blue with “O Holy Night,” the band also played new songs such as “Demons” and “Don’t Swallow the Cap,” the latter acknowledged by Matt Berninger as the topic of online criticism: he quipped that fans have renamed the song “Don’t Swallow the Cat.” The new recording’s sound comes off as bigger, more percussive, and vaguely more ’80s-ish than that of 2009’s High Violet.

Serenaded by the now-Brooklyn-based band, chomping mint ice cream pops, and throwing back espresso mousse shots, the packed crowd was clearly starting Tribeca on a high — and I was hard-pressed to imagine a better opening (though after seeing Flex Is Kings, Michael Beach Nichols and Deidre Schoo’s fantastic documentary on Brooklyn street dancers, I wished a few of those flexers found their way on stage, too).

Stay tuned for more of Kimberly Chun’s dispatches from the Tribeca Film Festival.