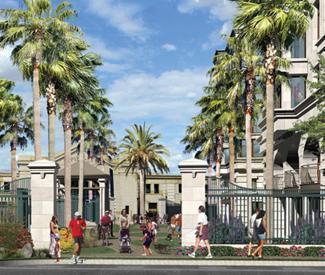 The November ballot may contain not one but two measures addressing super-luxury condos on the waterfront. And that could pose a serious problem for the developer of the 8 Washington condominium project.

The Board of Supervisors approved that proposed 134-unit complex, which would be the most expensive condos ever built in San Francisco, in June, 2012, but immediately opponents gathered enough signatures to force a vote of the people. The referendum would overturn the increased height limits that developer Simon Snellgrove wants for the site.

That, it turns out, is a popular notion: “If Snellgrove is looking at the same polls we’re looking at, the public is not interested in raising building heights on the waterfront,” Jon Golinger, who is running the referendum campaign, told us.

So Snellgrove is now funding his own initiative — a ballot measure that would essentially approve the entire project, allowing 136-foot buildings along the Embarcadero and giving the green light to start construction on housing for multimillionaires.

The paperwork for the initiative was set to be filed April 23, allowing Snellgrove’s team to begin collecting signatures. They’ll need more than 9,000 valid ones to make the November ballot — and that’s not much of a threshold. If the developer funds the signature-gathering effort — which he’s vowed to do — he’ll almost certainly get enough people who are fooled by the fancy name of his campaign: “San Franciscans for Parks, Jobs, and Housing.”
That, presumably, suggests that there are San Franciscans who are against Parks, Jobs, and Housing, although we don’t know any of them. We just know people who think this particular project provides housing the city doesn’t need without paying nearly enough for affordable units.

At any rate, the campaign manager for this effort, according to the paperwork filed at the Department of Elections, is Derek Jensen, a 20-something communications consultant who was Treasurer of the Lee for Mayor Campaign. The address for the waterfront initiative is listed as 425 Market St, 16th floor –which, by the way, was the same address used by the Lee Campaign. And since it’s right near our office, we took a stroll over to see what the Snellgrove forces had to say.

Well, it turns out that 425 Market is a secure building, and the 26th floor is the law office of Hanson Bridgette, and you can’t get up there unless your name is already in the computer system, which ours was not. The security guard kindly called up to ask about the 8 Washington initiative, and was told there was nobody who could talk about it today, but to check back later.

The person who answered the phone at Hanson, Bridgette had never heard of Derek Jensen. Transferred to voicemail, we left a message for someone named “Lance.” Perhaps that would be Associate Counsel Arthur “Lance” Alarcon, Jr. He hadn’t called back at press time.

The campaign against 8 Washington, on the other hand, has an office at 15 Columbus. First floor. Walk right in the door. The campaign manager is Jon Golinger, who answers his own phone.

At any rate, we can’t figure out what Snellgrove is up to, since his plan makes zero political sense. The referendum needs a “no” vote to block the project. If voters don’t like increased height limits on the waterfront, they won’t like his initiative, either. And if all that this does is confuse the voters, they’ll tend to vote “no” on both measures. If anything, he’s only hurting himself.