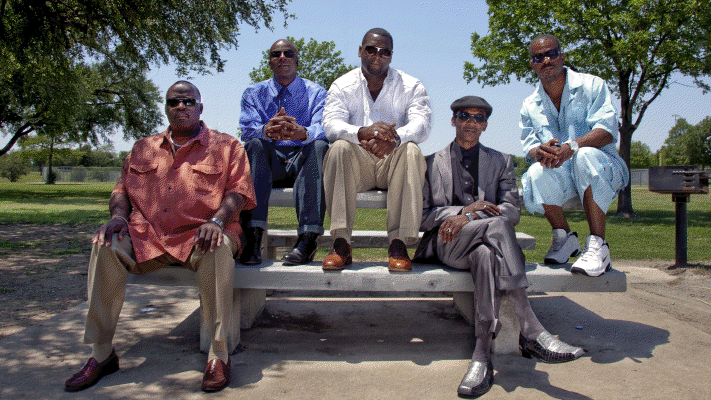 When I last spoke with filmmaker and Stanford assistant professor Jamie Meltzer, it was at the 2012 Guardian Local Outstanding Discovery (a.k.a. Goldie) awards ceremony. I selected him for that honor — the Goldies are meant to recognize up-and-coming artists who are making impressive work but haven’t yet gotten widespread recognition — based on the two documentaries of his I’d seen: 2003’s cult favorite Off the Charts: The Song-Poem Story, and 2012’s Informant, about a prickly activist-turned-FBI-informant-turned-Tea-Partier, which premiered at the 2012 San Francisco International Film Festival.

Well, chances are, that widespread recognition is soon to come Meltzer’s way. Informant was picked up by Music Box Films for distribution (look for it late summer or early fall in the Bay Area), and his latest project, Freedom Fighters, sounds highly promising: “The film follows three exonerated men from Dallas, with 57 years in prison served between them, as they start their own detective agency to look for innocent people who are still behind bars,” Meltzer wrote in an email late last week. “It’s a documentary detective film — a documentary noir, if you will.” (NPR broadcast a story about the men on April 16; listen here.)

I called him up to learn more, including details on the Kickstarter he just launched to help fund the next phase of shooting.

San Francisco Bay Guardian Sounds like you’ve been busy since the Goldies!

Jamie Meltzer I’m a little harried! Kickstarter is much more stressful than I realized. On top of teaching and actually trying to make the film, too, it’s like piling on this thing where you’re trying to promote the film. It’s a bit tricky.

SFBG Where are you in the process of making Freedom Fighters? What is the Kickstarter campaign for, exactly?

JM We’re a year into shooting. So that whole year was getting to know the guys, and them starting their first cases. And then, trying to come up with the trailer to fundraise, which is the Kickstarter.

The fun thing about it, and the challenge of it as a project, is that you’ve got to follow some cases all the way through. So, I think we have another year of shooting to be able to do that in a good way. The insurance of the project is that the [subjects] can kind of carry it on their own. Each of them has an amazing back story about they were wrongfully convicted, and about how they have transformed their lives since they got out — and they’ve only been out for a few years.

So I’m kind of relying in that, and realizing how big of a part of the story, at least the emotional part of the story, is: what does this do to you, to be in prison for 26 years, and how does that change you in negative and positive ways? I think that’s the kind of the core of the story.

SFBG After checking out the trailer, I got the sense that the subjects of Freedom Fighters were probably more amenable to being filmed than the subject of Informant was. Has it been a different experience getting to know them?

JM Totally. With almost every project I’ve done, I sort of gravitate to things early on and I’m not really sure why I’m gravitating toward it. In some senses, though, it’s always a reaction against the film that I did before. These guys are so fun to hang out with. Their lives are totally inspiring.

There’s some complexity to it that I hope to bring out in the story, but it’s also a very straightforward, inspirational story. It tells a lot of dark things about our justice system, but the guys themselves are super positive. That’s actually one of the things I responded to when I first met them. You’d think they’d be incredibly bitter after all this time in prison, but they figured out a way to turn this really bad situation into something that could be really positive: calling attention to the fact that this is a persistent problem, and trying to free people using their detective agency.

They do all sorts of other things, too, like they have an exoneree support group. When people come out in Dallas — which happens like once or twice a year, at least — these guys bring them into the fold. They support them when they come out, emotionally and sometimes financially, and they rely on one another, because no one else has had their experience.

The ideal of documentary is that you kind of parachute into these amazing circumstances among these amazing characters, and you just get to sort of be in their lives as long as you’re making the film. In the case of Informant, that had its challenges in terms of dealing with the subject. Other times, it’s just nothing but a pleasure, like with these guys.

SFBG When are you heading back down to Texas?

JM Well, there’s someone there [filming] right now; I’m pretty much going back and forth all the time. The reason we’re doing the Kickstarter right now is that they’re about to expand their roster of cases. We want to be able to follow all of those initially, and really hone in on the one most promising, interesting case that has something profound to say about wrongful convictions.

To me, it also doesn’t matter if they get someone off or not. That won’t be the point of the film. The point of the film is, by looking into these different cases, you kind of learn about how a wrongful conviction happens. Like, you see what happens to the eyewitness testimony. And through investigating these cases, you start to think about the larger problem. That said, I hope that they do get someone out!

SFBG Going back to Informant for a minute — it’s been exactly a year since the 2012 San Francisco International Film Festival, so getting picked up by a distributor must feel like coming full circle on that film.

JM It’s crazy how these deals can happen in so many different ways. The lifespan of a film is this weird thing that you don’t have a lot of control over. I’m really excited to bring Informant out to an audience in a theater — I think that’s the way films should be seen.

At the same time, I’m totally invested in this new film and kind of moving on. But obviously, I’m really excited about Informant being seen by more people.

Contribute to the Kickstarter (it ends May 10) and learn more about Freedom Fighters here!