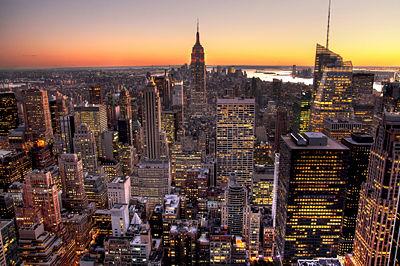 I feel like I’ve been having this discussion for 30 years, and it still keeps coming back. The latest installment (thanks to sfist for the link) is a Slate article by Matthew Yglesias arguing that San Francisco could solve its housing crisis by becoming as dense as Manhattan. Lots of highrise condos and apartments in places like the Mission. A total of 3.2 million residents.

Obviously that would have a transformative effect on Oakland as well in various regards. It’s obviously not “politically realistic” to imagine San Francisco rezoning to allow that kind of density. But uniquely among American cities, I completely believe that 3.2 million people would want to live in a hypothetical much-more-crowded version of the city if they were allowed to. You’d need to build another heavy rail line or three and do some better dedicated bus lanes, but it’d be affordable with a much larger tax base.

1. That level of density hasn’t exactly made Manhattan affordable. (Although if you want to move there, it’s probably cheaper than SF at this point). There’s been a huge surge in housing construction in NYC, and housing prices are still way too high. The housing market in San Francisco is so unusual that demand is essentially infinite; you can’t build your way out of this.

One of the reasons San Francisco is so attractive is that it’s still a human-scale city. I’ve spent a lot of time in Manhattan, and the rush is pretty cool, and some urbanists say that’s how we’re all going to have to live in the future — packed into tall buildings in dense cities — but that’s not how I want to live. I know I sound old and I’m becoming a curmudgeon and one of those “you should have seen us in the old days” people, but I like the fact that there are no highrises in the Mission.

Yeah, San Francisco is going to have to grow in population. There are ways to do that — to make dense neighborhoods that are still very livable. See: North Beach. But San Franciscans have generally taken the position that we don’t want to be Manhattan. We want to be San Francisco.

Now: My vision is not in synch with how housing is allocated in a hyper-capitalist system. Me, I think housing should be treated as a human right and regulated like a public utility. Landlords should be allowed a “reasonable return on investment” but not the greatest profit the market will bear. Homeowners should see their property appreciate at a reasonable level, but not at a speculative level. Housing shouldn’t be bought and sold as a commodity. And it should be allocated by seniority — that is, the people who have been a part of a community for the longest get the better housing.

That’s how you avoid the demand-exceeds-supply issue (and again, in this city, there will always be more demand than supply.) I know that’s commie shit, but that’s the way it is.

Still, whatever the economic or policy arguments, you can’t force that level of density onto this city. Because before you make those kinds of plans, you have to check with the people who live here.

I wrote this mostly to give the trolls some red meat, since they don’t seem to be agitated enough lately. Go to it, Adam Smith.