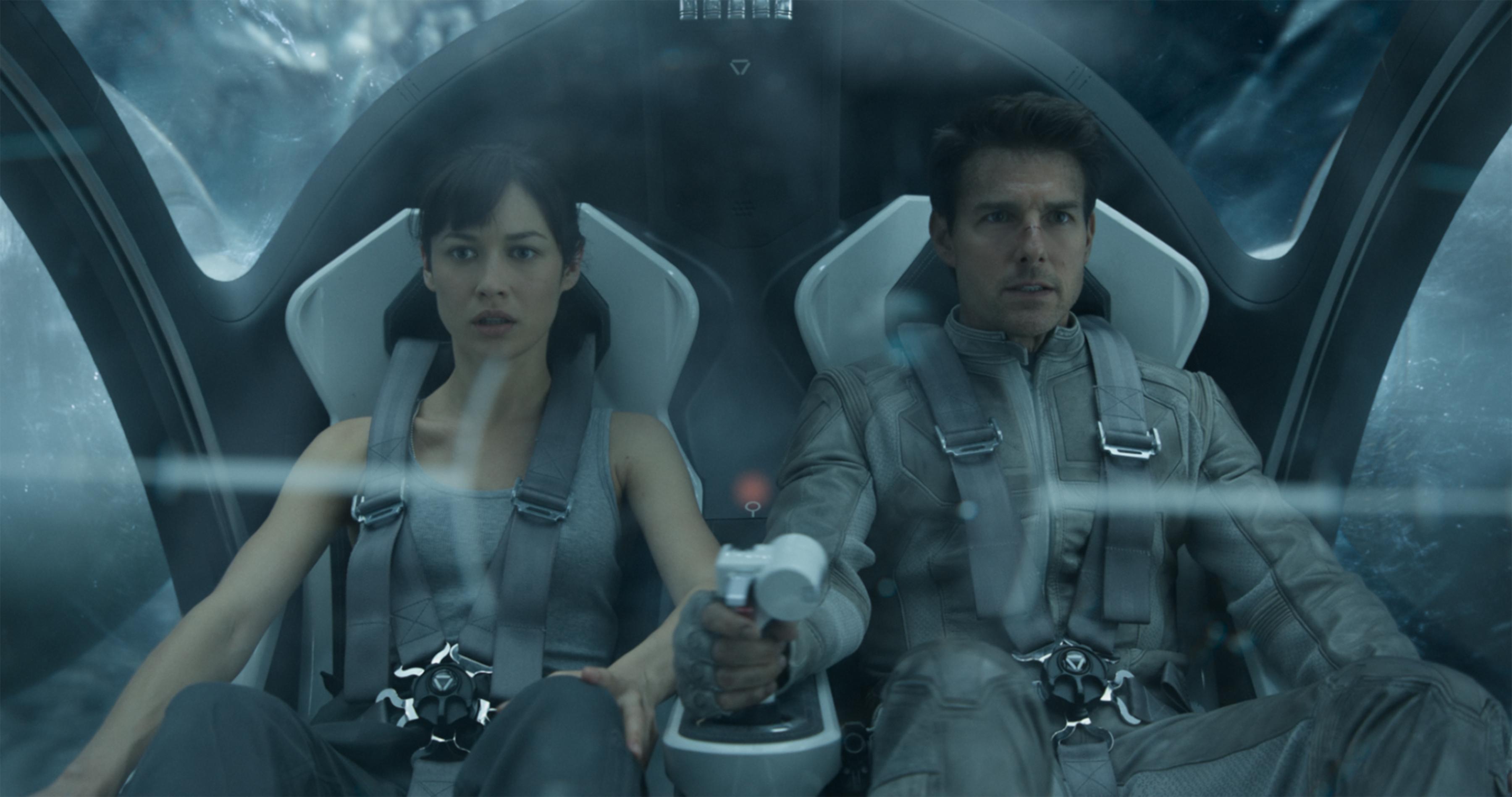 Hollywood is clearly bowing down to the power of Tom Cruise this week, opening no other contenders (sorry, Rob Zombie, The Lords of Salem doesn’t count) to compete with what’s sure to be an Oblivion-ated weekend box office. (And to be honest, the movie’s big and dumb, but actually pretty entertaining. My review after the jump.)

Elsewhere, the must-see movie-obsessive doc Room 237 opens at the Roxie (check out my interview with director Rodney Ascher here; he’ll be at the Roxie in person this weekend), and Dennis Harvey takes on a pair of imports that actually do fairy-tale adaptations proud: Blancanieves and Let My People Go! Also worth checking out is the latest from Ken Loach, a comedy about crime and whiskey … what’s not to love? My review follows.

The Angels’ Share The latest from British filmmaker Ken Loach (2006’s The Wind that Shakes the Barley) and frequent screenwriter collaborator Paul Leverty contains a fair amount of humor — though it’s still got plenty of their trademark grit and realism. Offered “one last opportunity” by both a legal system he’s frequently disregarded and his exasperated and heavily pregnant girlfriend, ne’er-do-well Glaswegian Robbie (Paul Brannigan) resolves to straighten out his life. But his troubled past proves a formidable roadblock to a brighter future — until he visits a whiskey distillery with the other misfits he’s been performing his court-ordered community service with, and the group hatches an elaborate heist that could bring hope for Robbie and his growing family … if his gang of “scruffs” can pull it off. Granted, there are some familiar elements here, but this 2012 Cannes jury prize winner (the fest’s de facto third-place award) is more enjoyable than predictable — thanks to some whiskey-tasting nerd-out scenes, likable performances by its cast of mostly newcomers, and lines like “Nobody ever bothers anybody wearing a kilt!” (not necessarily true, as it turns out). Thankfully, English subtitles help with the thick Scottish accents. (1:41) (Cheryl Eddy)

Oblivion Spoiler alert: the great alien invasion of 2017 does absolutely zilch to eliminate, or at least ameliorate, the problem of sci-fi movie plot holes. However, puny humans willing to shut down the logic-demanding portions of their brains just might enjoy Oblivion, which is set 60 years after that fateful date and imagines that Earth has been rendered uninhabitable by said invasion. Tom Cruise plays Jack, a repairman who zips down from his sterile housing pod (shared with comely companion Andrea Riseborough) to keep a fleet of drones — dispatched to guard the planet’s remaining resources from alien squatters — in working order. But Something is Not Quite Right; Jack’s been having nostalgia-drenched memories of a bustling, pre-war New York City, and the déjà vu gets worse when a beautiful astronaut (Olga Kurylenko) literally crash-lands into his life. After an inaugural gig helming 2010’s stinky Tron: Legacy, director Joseph Kosinski shows promise, if not perfection, bringing his original tale to the screen. (He does, however, borrow heavily from 1968’s 2001: A Space Odyssey, 1996’s Independence Day, and 2008’s Wall-E, among others.) Still, Oblivion boasts sleek production design, a certain creative flair, and some surprisingly effective plot twists — though also, alas, an overlong running time. (2:05) (Cheryl Eddy)