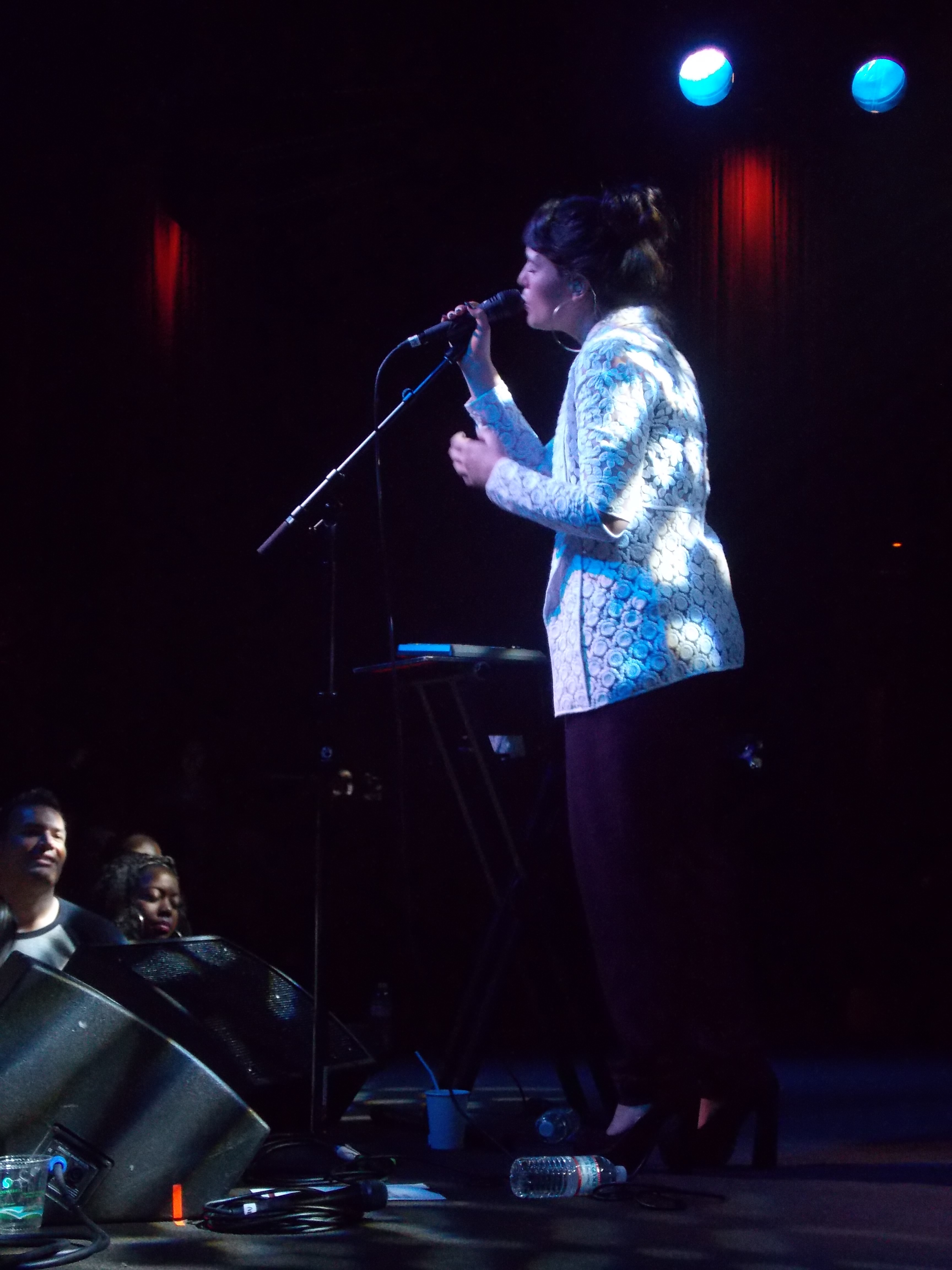 Last Thursday, when the lights came up on the stage at the Independent, they revealed a woman who was relishing the reverential shouts of the sold-out crowd. With a dramatic bun on top of her head, large hoop earrings, and tall heels, Jessie Ware appeared to embody the fully realized pop star that the world is starting to recognize in her.

Throughout the night, though, it became clear that what makes Ware so compelling isn’t the idolizing distance of pop-stardom, but its opposite. Between each song, she charmed the audience with candid and often self-deprecating banter. To a loud response of cheers and clapping, she spoke of her boyfriend who had joined her on tour and enjoyed planting himself in the audience to gauge its mood. “If someone comes up to you being a bit pervy, it’s just ‘cause he’s really proud of me,” she said, then laughed along with the crowd.

It’s tempting to say that the best part of the night was this sort of endearingly comedic chat, but that wouldn’t be doing justice to her performance. On Ware’s album, Devotion, the music has an understated ease, and though that is part of what makes it so good – in a world of over-the-top pop, restraint is refreshing – live music requires more than subtlety. Ware and her band delivered.

The music, already catchy on the album, achieved greater depth on stage. In the ballad-like “Wildest Moments,” added emphasis on the reverberant drums and Ware’s responding rhythmic changes gave the audience more to sink its teeth into, while the simplification of quieter tunes such as “Sweet Talk” emphasized the intimacy of Ware’s largely romantic repertoire.

The strength of Ware’s singing also came through more in a live venue than in the album, where the rule of restraint controls her voice, too. On Thursday, commercial but expressive vocals added the right amount of embellishment and variation to soulful tunes such as “What You Won’t Do For Love” (despite the four slices of Little Star Pizza and strawberry ice cream that she admitted to eating before the concert). She is a more talented singer than her recordings suggest.

Because of this, occasionally I wanted her voice to come through even more. On some songs, including that opener, “Devotion,” a jangly guitar and swirling synth that aspired to match their recorded versions obscured Ware and diminished the force of the singer.

This, however, is one complaint in a performance that was otherwise flawless – though “flawless” suggests a show more sterile, glossy, and lifeless than what happened that night. The best moments felt unpracticed and organic, enjoyable because of their imperfections. Ware reacted to the dance moves of the front row, rambled occasionally, and when she plugged her album, which comes out in the US on Tuesday, she gave a bashful look when caught herself clapping along with the audience. Flawlessness would imply that Ware has completely filled her newfound role as a pop-star, but instead, she seems both amused and humbled by it.

Maybe it isn’t enough to equate the quality of a show with how endearing the performer is, but I think it’s significant that the 500 people at the Indy had fun because Ware was so obviously having fun.
One sign of a successful show is its ability to evoke the sensation of a personal stake in the performer. Last Thursday, Ware’s audience became invested in her future career, which, with all of her talent and charm, will inevitably thrive.