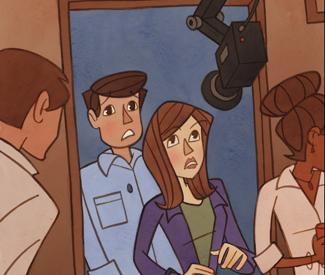 The SFPD has quietly expanded its reach and authority to obtain video surveillance from in and around bars, clubs, and markets through a condition it has begun recommending on new liquor licenses, as I reported in today’s issue, effectively bypassing controls on city-operated surveillance cameras established through extensive public hearings in 2005.

But the Mayor’s Office doesn’t seem concerned about the new trend, echoing SFPD’s point that it is the California Department of Alcoholic Beverage Control that decides whether to heed the SFPD’s request to include the video surveillance condition. “There is no new policy. SFPD makes recommendations as far as I know, not requirements,” Mayoral Press Secretary Christine Falvey wrote to me in an email responses to our questions.

Certainly, everyone from bar owners to the ACLU to Sups. Scott Wiener and David Campos – who have called a hearing on the policy for later this month – consider it a new policy, or at least one that the public has just learned of after it was adopted internally right after the idea was shot down in public hearings in 2011.

ABC spokesperson John Carr had told me the department “routinely denied requests for conditions by SFPD per section 23800(e) of the Californian Business and Professions Code, occasionally these denials include the surveillance condition,” but he wasn’t able to provide me any examples of that happening by press time.

But today, he was able to find one. On Oct. 3, 2012, ABC rejected the SFPD’s request for video surveillance at Bush Market at 820 Bush on a quiet residential block of Nob Hill, noting that state law requires such requests be supported by “substantial evidence” that problems exist at the site that would be mitigated by the condition.

“I regret to inform you that the Department is unable to impose conditions pursuant to your request because no evidence was provided to establish that a problem exists at the premises or in it immediate vicinity,” ABC District Administrator Justin Gebb wrote in what was essentially a form letter.

Carr shared an identical letter that the ABC sent to the SFPD denying some of its requested conditions for another liquor license transfer on Feb. 12, this one for the Space 550 event venue at 550 Barneveld Ave. But in that case, the ABC decided to support the SFPD’s request for video surveillance “that is able to view the inside and outside of the premises” and which must be given to the cops “upon demand.”

As I wrote in this week’s paper, the ACLU considers that kind of extrajudicial expansion of the SFPD’s ability to require and obtain video surveillance to be unconstitutional, and we furnished a copy of the article and the issues it raised to try to get a more substantial comment from the Mayor’s Office, which seems to be less concerned with the civil rights of San Franciscans than the bureaucrats in Sacramento are.

“Balancing public safety with vibrant cultural and nightlife activities is a concern of mayor. He expects the Police Department to work in partnership with the neighborhood and its businesses to lawfully collect evidence that can help keep the public safe and neighborhoods active,” Falvey wrote.

So I had a few follow-up questions, for which I’m still awaiting answers, and I’ll update this post if and when I get them: “The ACLU’s position is that this is not a lawful way to collect evidence, and that it violates the state constitution’s privacy protections and the rules San Francisco established in 2005 regulating when and how the SFPD may request and use video surveillance. Does the mayor reject those concerns and has he sought any legal advice to support his position? In the absence of any judicial review, shouldn’t the city have some guidelines and policies governing this expansion of SFPD’s video surveillance authority? Does the mayor believe the 2005 guidelines should no longer apply? And does the mayor agree with Sups. Wiener and Campos that it would be appropriate to have a public hearing on this issue, particularly given the strong public opposition to requiring expanded video surveillance by bars two years ago?”