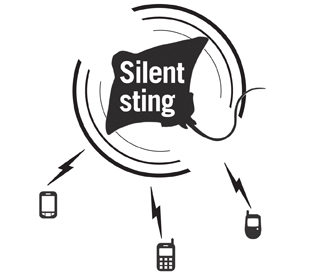 If the FBI is trying to track down a suspect in your neighborhood, investigators could sweep up information from your mobile device just because you happen to be nearby.

It’s been going on for years with little public notice or attention.

Records obtained through the Freedom of Information Act request shed new light on a surveillance device known as a Stingray that allows law enforcement to automatically collect cell phone data from potentially hundreds of subscribers in a given area — even when the vast majority of those affected have nothing to do with the criminal investigation at hand.

The documents came in response to an FOIA request from the Bay Guardian and the Northern California Chapter of the American Civil Liberties Union.

Stingray is a brand name; the devices might also be known as a Triggerfish, a digital analyzer, a cell site emulator, or an IMSI catcher, the latter being a technical term describing the gadget’s ability to detect International Mobile Subscriber Identities. It essentially behaves like cell phone tower, putting out a strong signal that tricks mobile devices into connecting automatically.

If there are 200 cell phone customers in an area where it’s being deployed, all of their phones will automatically connect to the device.

Once cell phones are talking to the Stingray, the device scoops up digital information and uses it to help agents ferret out their target. Some Stingrays have the capability to capture actual content — texts or telephone conversations — while others act like eyes and ears that can guide police to the precise geographic location of a targeted suspect, even within a couple meters.

And it doesn’t even require a warrant.

“You can operate it without having to involve the cell phone providers at all,” Peter Scheer, executive director of the California First Amendment Coalition, told us. His organization helped a journalist obtain records about the Los Angeles Police Department’s use of Stingrays.

“The service providers, while they don’t stand as a major barrier, tend to insist on police having some kind of judicial authorization,” Scheer said. “It has been an important check on police use of these technologies.”

MANY AGENTS USING IT

The FBI initially refused to provide the documents, but after the ACLU filed suit, the U.S. Attorney for the Northern District of California finally released some information, including a particularly juicy set of internal emails documenting federal agents’ use of these devices.

In one of the emails, Criminal Division Chief Miranda Kane wrote: “Our office has been working closely with the magistrate judges in an effort to address their collective concerns regarding whether a pen register is sufficient to authorize the use of law enforcement’s WIT technology … to locate an individual.”

(“WIT technology” is described as a box that simulates a cell tower and can be placed inside a van to help pinpoint an individual’s location with some specificity.”)

Kane added: “Many agents are still using [this] technology in the field although the pen register application does not make that explicit.” In a clarifying email sent later on the same thread, Assistant U.S. Attorney Kyle Waldinger noted: “Just to be super clear, the agents may not use the term ‘WIT’ but rather may be using the term … ‘Stingray.'”

Kane’s reference to a “pen register application” describes a request for court approval to use an investigative tactic that can trace the outgoing numbers dialed from a particular phone. While Stingrays can potentially sweep in hundreds of cell phone customers’ information, pen-register wiretaps focus narrowly on the digits being punched in by one individual.

The US Supreme Court ruled in 1979 that the use of a pen register is “not a search under the Fourth Amendment,” Susan Freiwald, a law professor at the University of San Francisco, told us. That means law-enforcement agents don’t need a full-scale search warrant. And court orders permitting pen-register wiretaps are “really easy to get,” Friewald explained.

To secure a judge’s blessing, law enforcement agents need only to submit complete applications and show that the phone numbers dialed are “relevant” to an investigation.

Kane’s email, dated in 2011, is significant because it suggests that “many agents” were using Stingrays for investigations after clearing only the low hurdle of court approval for a pen register. “The federal government was routinely using Stingray technology in the field, but failing to make that explicit in its applications to the court to engage in electronic surveillance,” ACLU Staff Attorney Linda Lye wrote in a recent blog post. “When the magistrate judges in the Northern District of California finally found out what was happening, they expressed ‘collective concerns,’ according to the emails.”

The revelation is closely tied to an electronic surveillance case that’s currently making its way through court, most recently prompting the ACLU and the Electronic Frontier Foundation to file an amicus brief challenging the constitutionality of a Stingray use.

It all began back in 2008, when FBI agents used the technology to track down a hacker and alleged fraudster named Daniel David Rigmaiden — a guy who sometimes goes by an alias, represented himself in court, and seems to possess enough technical savvy and disposable income to challenge his prosecutors at every turn.

Through discovery proceedings, Rigmaiden “managed to get the government to admit that it has used this location tracking technology to find him,” Lye noted. “That is quite extraordinary, because there have been suspicions that that this device has been around and in use for quite a long time, but there are really very few cases where we talk about it, and this is the only criminal case where the government has plainly admitted to using it to locate a suspect.”

Because FBI agents used a Stingray to locate Rigmaiden, they not only figured out that he was inside a Santa Clara apartment building, but successfully sniffed down to the level of his exact unit.

But the request for court orders that authorized this investigation made only a fleeting mention of a mobile tracking device, without conveying just how powerful the surveillance tool actually is. “When we read the orders, we were very, very surprised and troubled,” Lye said. “Because the government was arguing in the criminal proceeding in Rigmaiden, yes, we acknowledge that we’ve used this cell site emulator, and we’re even … acknowledging that the device is intrusive enough in the way it operates to constitute a search — which is a significant concession.”

In this case, the FBI agents obtained a court order to use a pen register, and separately obtained court approval to solicit Verizon’s help in locating Rigmaiden, which the government claims constituted a warrant (though this is a point of contention). But nowhere did agents make it clear to the judge that in order to work, this surveillance device vacuums up vast amounts of third-party data. The search potentially affected hundreds of subscribers in Rigmaiden’s apartment complex, none of whom were suspected of any involvement in wrongdoing. The government noted in court filings that it purged the third-party data after the fact, presumably as a way to deflect privacy concerns.

“It did not explain that the device broadcasts signals to all devices in the area, receives information about other devices in the possession of third parties, potentially disrupts the connections of third-party devices, and penetrates the walls of every private residence in the vicinity, not solely that of the target,” the ACLU-EFF brief argues.

At the end of March, Lye argued in an Arizona federal court hearing that evidence gathered using a Stingray should be suppressed in the Rigmaiden case, because the government used the tracking tool but failed to tell the federal magistrate judge that it was doing so. But in the course of that hearing, “the government stated … that ‘use of these devices is a very common practice,'” Lye note in an update following the hearing. “It also stated that there were many parts of the country in which the FBI successfully obtains authorization to use this device through a trap and trace [pen register] order.”

Nor is it just federal agencies that use these surveillance tools. The results of a FOIA request filed by a Los Angeles journalist with the assistance of the First Amendment Coalition revealed that LAPD used this technology in 21 out of 155 cell phone investigation cases — from June to September of last year alone. The devices were used to investigate five homicide cases and a roster of other offenses, including a burglary, a narcotics investigation, two suicides, a robbery and three kidnappings.

For civil liberties advocates, the aim is to require stronger judicial oversight and a warrant before this kind of surveillance practice can be used. “The argument here is about, well this technology is so powerful and so intrusive — it really needs to be under extensive oversight by members of the judiciary,” notes Friewald, the law professor. “And in order for that to happen, the judge needs to have that technology described to them.”