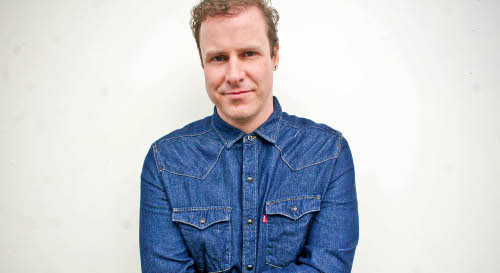 NIGHTLIFE Consider Midland. The well-scrubbed, cutting-edge dub-houser from Leeds, UK, has been kicking around for a few years in the virtual technosphere, releasing a handful of excellent tracks (including 2010 critical hit “Your Words Matter”), aligning himself with well-knowns like Ewan Pearson and Ramadanman, and appearing on perpetual “breaking out” lists — along with dozens of other young bucks with voracious musical tastes and groovy, uncategorizable sounds.

About a month ago, however, Midland suddenly blew up. He was everywhere: his beautifully bonkers February 15 sunrise set at Berlin’s Panorama Bar praised and shared to high heaven; links to his Facebook page, previous releases, and high-profile technophile website interviews pelting my feed with Midland love. An impressive list of European gigs was announced, and Midland was poised to be the next in a series of DJs, producers, and live acts to establish themselves globally as a sharp, and sharply managed, brand. Midland had arrived.

And then: “One of the artists we’re excited about signing is Midland, who’ll be touring the US this summer,” Andrew Kelsey, CEO and main booking agent of Liaison Artists (www.liaisonartists.com), dished to me out of the blue a week later, in the gorgeously Zen-anal Dogpatch office his company shares with OM Records. It was weird! But, in the case of Liaison’s unfailing grip on the techno zeitgeist, completely logical. Anyone who’s anyone, it seems, signs with Liaison. Whatever may lay at the root of Midland’s sudden uptick in exposure, his contract score means we’re about to hear a whole lot more from him, and for good reason.

Along with partner Mariesa Stevens — and scene-player staff members Hamilton Wright, Justin Offerman, Matt Hubert, Mary Croghan, Conor Dirks, and Jon Sax — Kelsey has built Liaison into the most respected techno talent agency in the US, with increasing expansion into the global scene. If you’ve been to a major party at Public Works, Monarch, Mighty, Mezzanine, 103 Harriet, or any of the other clubs hosting the latest explosion of dance music popularity, odds are Liaison booked the talent. A quick rundown of some of the names on its current roster: Andrew Weatherall, Ellen Alien, The Field, Maya Jane Coles, Maceo Plex, Crazy P., Justin Martin, Catz ‘N Dogz, Pillow Talk, Ben Pearce, Koze, Pachanga Boys, Joy Orbison, Miss Kittin, Solomun, Tale of Us …

In an age when the provenance of a DJ gig is starting to gain as much attention as where your organic, free-range, non-GMO heirloom turnips are sourced — and in which the first comment to greet a party announcement is usually “nice booking!” — it’s pretty perfect that the strings of the quality electronic music scene are being pulled in San Francisco. (Hey, we’ve got slow food, slow money, slow church, and slow fashion. We may as well head up slow techno.) As the ever-swelling cloud of international touring DJs and producers threatens to blot out the underground party spirit with brand-name fatigue, Liaison has become a de facto curator, guiding style-conscious connoisseurs and heedless hedonists alike through the fog to the dance floor. Liaison is recognized as the mark of quality.

“I don’t think it will ever be a matter of us overshadowing the artists we work with,” the soft-voiced Kelsey said with a smile at the suggestion. “The music always has to come first. The people on our roster have worked incredibly hard to establish a sound, a fan base, and a reputation for professionalism without sacrificing any of that underground edge that drew our attention in the first place. In other words, the party will be insane — and people will show up on time.” (Budding DJs, please take note.)

Kelsey’s own music bona fides help allay any fears of good music being cynically corporatized. He moved here in 1998 to chase his dreams of working in the vibrant scene, and jumped at the chance to join the OM label, recruiting talent when it dominated dance music in the early ’00s. He soon found his love of more underground sounds leading him to form his own agency, Blue Collar. That became Liaison a couple years ago, a rebranding that took off as the global DJ circuit became more established, and the definition of “underground” expanded to include legal club venues with a tilt toward non-mainstream crowds and sounds. Liaison also makes its name with its own parties as well — saucing up last month’s Winter Music Conference with the star-packed Last Resort party, and planning the wild annual Life and Death label party at the upcoming Detroit Electronic Music festival.

Despite repping so many foreign stars in the US, Liaison is also SF’s gateway to wider recognition for homegrown musical talent. Take its canny handling of our current most popular export, the bass-heavy, often hilarious Dirtybird crew. “Dirtybird is the missing link of the underground music world right now,” Kelsey tells me, pulling back the curtain a bit on this business we call show. “A huge population of young people is growing out of more aggressive sounds like dubstep. Now they’re looking for something that’s more sophisticated and deeper than mainstream EDM, but still a lot of big-room fun. Dirtybird has the perfect gateway sound to make that transition to some of our other big artists. So right now, our job is to make bookings that put Dirtybird in front of that crowd, and help introduce it to real techno and house.”

And that, mis amigas, is the makings of a perfect liaison.

The ambitious Detroit producer’s “New for U” was a breakout hit of 2012, but sweeping, cinematic house is just one of the mind-bending tricks up this Dilla-protege’s sleeve.

My favorite good ol’ fashioned gay house party, Fag Fridays (18 years young!), is revving up for a full-on revival with this extravaganza at Monarch. (The last one was packed and amazing.) A can’t miss for those who need/want some soul in their hole. With NY legend Tedd Patterson and SF legend David Harness, get it!

Oh gawd it’s here: let the retro-00s (retr00s?) commence! Jamie Jams and Emdee, the fiendish minds behind seminal ’90s revival party Debaser, kick it into the Interpol-Shins-Strokes-White Stripes era and take you slightly back to “a time when punks suddenly remembered how to dance” — you could still hear guitars on the radio.

Seminal SF scene queen Deena Davenport DJs at this hoot of a monthly gathering, playing rarities and B-sides on the fly, joining resident DJs Chicken, Bobby Please, The Fat Pescetarian for 15-minute tag team sets and nutso visuals, with food by Two Tarts and a Stove.

No dancefloor, but what could be more nightlife than six hot, young instrumentalists in sexy gear from Dark Garden, playing Schoenberg’s dark, Expressionist tale about a clown in love with the moon? Expand your musical mind and hit this one up at new performance venue Salle Pianos.

Everybody loves a nice, slow wave of James Blake.