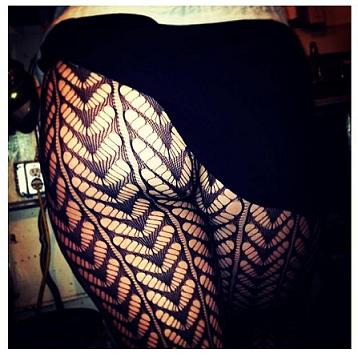 “Why is this so revolutionary?” said Trouble on the latest edition of Siouxsie Q’s online “Whorecast” of her feelings during the moments she spent fake-hailing a ride in the nude in the middle of the Castro on a sunny afternoon. “I am a normal person, why do I feel like a unicorn?”

Shout-out to ex-Guardian art director Mirissa Neff for coordinating that pretty much revolutionary shoot (which, ahem, would be illegal now, which only increases the appeal of sequel as far as we’re concerned), photog Molly DeCoudreaux for getting her shots way too quickly, and the Guardian for putting full frontal vag in an alt weekly newspaper with a 65,000 circulation count.

On a related note, let’s applaud sex worker-activist Siouxsie Q for her semantic resourcefulness — after Ira Glass and his contingent kicked up a fuss about her podcast “This American Whore”‘s possible copyright infrigement, she handily changed the name to reflect sex work and astrology. We like it almost as much, but still Glass, you’re on notice.

Any way, sex events this week:

“Sex and Your Cellphone”

Logo TV hosts Conner Habib and Chris Donaghue continue the conversation that Jaime Woo, author of Meet Grindr, kicked up a couple weeks ago at the LGBT Center. It’s no surprise that these events are coming fast and furious, given the amount of SF loving that is arranged via our trusty iPhones.

This production of Eve Ensler’s new classic play that gives voice to women’s genitalia through a serious of sad, frustrating, rage-filled, and/or hilarious one-woman speeches benefits Community United Against Violence, an SF nonprofit that empowers the queer community to make our neighborhoods safe for everyone.