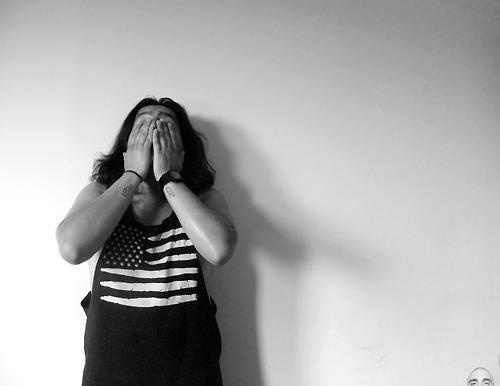 Earlier today, Bay Area dream pop producer NanosauR posted to his Facebook page, “This is a collection of 20 remixes I have made over time, I hope you like it. Download it for free here.”

OK, NanosauR, a.k.a. Michael Solorzano, (thanks for the tip) I did download it and it’s nutso mixtape perfection. So, yes, I liked what I heard.

There’s the drowsy, molasses-slow chillwave remix of Backstreet Boys’ “Show Me the Meaning,” followed by a cartoonish, helium-sucking version of Daniel Johnston’s “Devil Town,” and an inspired take on Charles Manson’s “Look at Your Game, Girl.” The high-powered dance mix of INXS’ “Need You Tonight,” is a good Friday night jam (get ready, tomorrow), as with the original, but here it gets all twisted, and thankfully, weirder.

The influences and mixes are all over the map, which makes it such a fun listen – with NanosauR additionally dipping intro tracks by Chelsea Wolfe, Three Six Mafia, Joanna Newsom, Wu Tang Clan, New Edition, and the Bay Area’s own Exray’s and Antwon.

He’ll then go on tour to DJ for Kitty Pryde with Danny Brown on the “Old and Reckless” tour.