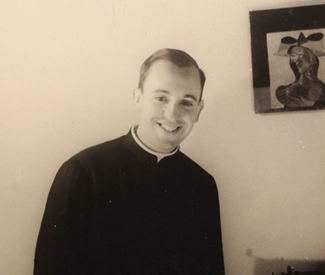 OPINION I still remember when I was removed from solitary confinement into the general inmate population of Tres Alamos — one of the infamous concentration camps of Chilean dictator Augusto Pinochet -– and the special welcome given to us 30 or so freshly arrived detainees by the commander of the camp, Conrado Pacheco.

He was dressed in his best military attire. I will never forget the clattering of his black shiny boots, his watery eyes, his mouth salivating like a predator before a feast.

The bloody military rule was in full swing. It was the end of 1975, a time when one of the fiercest repressions was unleashed against the left, the supporters of the ousted Salvador Allende’s government — and the progressive wing of the Catholic church, lead mostly by Jesuit priests.

Next to me was a tall dirty man with a somber yet authoritative look behind his glasses. A bold lawyer who later became president of Amnesty International, Jose Zalaquett’s unclenched look made Conrado Pacheco uneasy. The curas buenos — the good priests Patricio Gajardo and US citizen Daniel Panchot — were also standing in the line.

The roughed up lawyer and priests were from the Comité Pro Paz. Created a few months after the military coup of 1973 the Committee for Peace was the only organization that, under the protection of a sector of the Catholic Church, was defending and giving sanctuary to the thousands of victims of human rights violations.

The welcoming speech of the commander waxed Nazi-like verbose about nationalism, order, communist evil, Che Guevara, and sarcastic references about God. “Mister lawyer here,” I remember him saying while looking at Zalaquett, “since he should be outside and not inside … I’m not sure what he can do to defend you all.” And pointing at the priests, the scoundrel said, “since we have two distinguished representatives of God, you all now know where to go in case you have some pending debts with the Lord, you all fucking sinners!”

All these memories flooded back to me when I learned about the ascent of Jorge Mario Bergoglio as Pope Francis I, and the stories dripping out of Argentina about his collusion with the military during the guerra sucia, dirty war.

Horacio Verbinsky, an Argentinean investigative journalist who has written extensively about the church and the military, wrote in his 1995 book, The Silence, that Bergoglio gave information to the Argentinean secret police about the activities of the Jesuit priests Francisco Jalics and Orlando Yorio, after they refused to stop working with the poor in Buenos Aires’ shanty towns. Bergoglio dropped their protection, a sort of immunity offered to the Jesuit society by the military, which eventually lead to their arrest. Both were brutally tortured and dumped drugged and naked on a wasteland.

Bergoglio also befriended General Emilio Massera, a member of the Argentinean military junta, who was later accused of crimes against humanity and of stealing the babies of disappeared political prisoners to be raised by military families.

Jalics, Yorio, and those two fathers I came to know in prison, Gajardo and Panchot, were among those priests who followed to the letter the teachings of Christ to protect the helpless, to feed and be with the needy and did not capitulate in silence.

The Vatican has recognized that Bergoglio asked “a request for forgiveness of the Church in Argentina for not having done enough at the time of the dictatorship …” But the statement, read by Vatican spokesman Father Federico Lombardi March 15, falls short.

The Sumo Pontífice, the Pope Francis l, the one who will lead more than 1.1 billion people, must come clean and respond to all the testimony that is fogging his character. He must side with truth and justice; the only door that can lead us to reconciliation. After all, forgiveness, after the truth comes out, has always been an option in the Catholic Church.