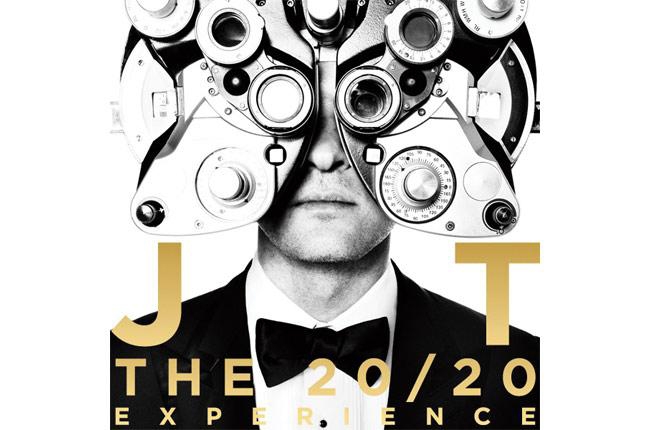 It’s 10 songs, seven minutes apiece. A quick look at the track-listing to Justin Timberlake’s The 20/20 Experience reveals a giant slice of pop ambition; a brazen comeback effort that practically dares the rest of the Grammy-elite to catch up.

Timberlake’s third solo LP, his first since 2006’s Futuresex/Lovesounds, finds the former *NSync’er and TRL-heartthrob confronting the pop landscape from within, railing against an industry bent on delivering quick sugar fixes, and little more.

The opening track, “Pusher Love Girl,” stands tall as the album’s boldest pop construction, ripping through an airtight, hook-filled R&B tune in its first half, then veering into a loose, funky, jammy section, as welcome as it is superfluous. Another highlight, “Spaceship Coupe,” makes a cosmic, seven-minute slow-jam work convincingly in a capital-P Pop context, thanks to Timberlake’s cool confidence, and veteran producer Timbaland’s deft balance of experimentation and approachability.

Occasionally, though, the songs buckle under their own weight: “Let the Groove Get In” and “Mirrors” begin spinning their wheels after a while, blurring the line between grand ambition and lazy editing. Thankfully, “Suit & Tie” and “That Girl” provide a nice pop-jolt to cut through the surrounding richness, when it threatens to overwhelm.

Sure, the album has its structural flaws, and its tracks occasionally fail to justify their extended runtimes; yet, it’s rather thrilling to hear Timberlake and Timbaland messing with extended song-structures, when a bunch of four-minute edits would’ve completely satisfied the bottom line.

Hopefully, The 20/20 Experience will come as a wake-up call to the record industry, pressuring the Rihannas of the world to quit catering to the lowest common denominator, and take their audience on a wild ride instead.