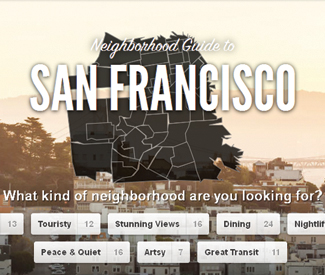 And while privacy laws prevent the city from revealing any company’s specific tax payments, it’s possible that San Francisco is getting no hotel tax money from Airbnb at all.

Airbnb allows residents to rent out their apartments to visitors through a web interface. Tax Collector Jose Cisneros concluded in April 2012 that the company and its hosts are acting as hotels, and must pay the city’s Transient Occupancy Tax.

But almost a year later, Airbnb’s website doesn’t include the tax in its booking rates. And local hosts who are partially responsible for paying the tax are being given only vague information about their tax obligations.

Hotels add the tax to the price of a room. But when you book a room on the Airbnb site, there’s no category for local taxes and the 14 percent isn’t added to the price.

When I inquired about renting an Airbnb room in San Francisco this week and asked my would-be host about the issue, he said he was unaware of his tax obligation and referred me to Airbnb’s online policies, which are vague at best. One FAQ specifically about tax issues was answered, “We expect all hosts to abide by local laws, agreements, and other applicable regulations, as outlined in our terms of service,” later adding, “We encourage you to work with a legal and/or tax professional in your area to determine how to handle compliance.”

For a company that bills itself as an easy way for the average renter to make some spare cash, that doesn’t seem to encourage compliance with San Francisco law. Even the civic-minded host who clicks through the “How do I collect taxes for my reservations?” question is given this answer, “You are responsible for managing your tax and other regulatory obligations. If you determine that you need to collect tax for renting in your city, please add the tax amount to the listing price.”

We couldn’t find a listing anywhere that included the city’s 14 percent tax.

In theory, the hosts could be paying that money — but the entire transaction is done through the web, and there’s nothing on the site that informs hosts that they need to collect 14 percent. In fact, there’s no mention in any of the material about any specific city tax.

It’s possible that Airbnb is simply covering the 14 percent out of its profits — but the company only collects 6 to 12 percent of the cost of a room as its cut. So by taking on the taxes itself, Airbnb would be losing money on every transaction.

Greg Kato, the policy and legislative director for the Tax Collector’s Office, told us he’s barred from disclosing information about Airbnb or any individual taxpayer. So the city can’t confirm or deny that the money is coming in. He did say that his office takes the issue seriously: “Just because I can’t talk to you about individual taxpayers doesn’t mean we aren’t enforcing the law….We continue to collect taxes, we continue to audit folks and do investigations.“

Airbnb could tell us if it’s paying, but spokesperson Kimberly Rubey and local consultants to the company have ignored repeated calls and email inquires from the Guardian about the issue.

Airbnb lobbied aggressively to avoid the tax liability, with the support of Mayor Ed Lee. The mayor’s top campaign fundraiser, venture capitalist Ron Conway, was a big early investor in the company.

Lee, who toured Airbnb’s huge new headquarters space at 888 Brannan with CEO Brian Chesky on March 4, had no comment directly on whether the company was paying — or should be paying — its hotel taxes. Spokesman Francis Tsang would only say: “The Mayor supports the emerging sharing economy and efforts to support it within appropriate regulation to ensure public safety. The Mayor also believes that laws and regulations should occasionally be reviewed for continued effectiveness and application in light of changing technologies and economic/cultural trends.”

San Francisco and other California cities have been battling Internet-based companies over the collection of hotel taxes for years. San Francisco, Los Angeles, San Diego, Santa Monica, and Anaheim are together suing Expedia, Travelocity, Priceline, and other companies that do hotel reservations over the issue, with LA County Superior Court Judge Elihu Berle ruling against the cities last month. Appeals are expected in the case.

The issues are different in that case because the hotels are still paying the tax, based on discounted room rates charged after the companies collect their fees. Airbnb, Vacation Rentals By Owner (vrbo.com) and other companies have contested the requirement that they pay any local taxes on their service.

Cisneros told us he made it clear last year through hearings and a ruling interpreting city tax law that Airbnb must pay the Transient Occupancy Tax: “We work very hard to collect all taxes and to make sure everyone is clear on when taxes apply, which is why we did these hearings.”

Board of Supervisors President David Chiu has been in negotiations with Airbnb, similar companies, the Hotel Council of San Francisco, and other interested parties to develop legislation to address the “legal grey area” they occupy, as The Economist magazine put it in a March 9 cover story on “The sharing economy.”

As I explored in my own investigation last year (“The problem with the sharing economy,” 5/1/12), Airbnb’s basic business model often runs afoul of city laws (such as the ban on charging guests more than the tenant pays in rent) and private leases (which routinely prohibit subletting of apartments), as well as raising complicated tax, liability, and land use issues.

In high-cost cities like San Francisco that have complex landlord-tenant dynamics, Airbnb can be a way to skirt local protections. New York City essentially banned Airbnb rentals in 2010 and last year went after a landlord for using the service, threatening fines of up to $30,000, according to The Economist.

“The shareable economy has raised many new and complicated public policy issues,” Chiu told us. “Crafting legislation on shareable housing spaces has taken longer than expected because of these complications, but we hope to have something in the coming months.”

Chiu has staked out a middle ground on the shared housing issue, in the past authoring legislation that challenged the “hotelization” of San Francisco apartments by corporations seeking to get around local tenant protections, expressing hope that his legislation will legalize Airbnb’s activities in ways that both its supporters and critics can live with.

Notably, Chiu also differed from Lee on the tax issue when it arose last year. As Chiu told us, “It has always been my perspective that we need to treat Airbnb and similarly situated companies the same as we treat our hotels.”